Would you Trust Amazon to Open Your Car’s Trunk? 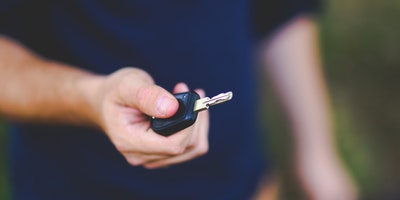 On April 24, Amazon announced that it was launching a service that delivers packages to the trunk of a car. Yes, Amazon wants to be able to get into the trunks of cars. This news comes two months after Amazon acquired Ring (home security company) and launched a program that allows the deliverymen into homes via connected locks and cameras. While Amazon may have a unique approach when it comes to delivery, some consumers might be uncomfortable with the approach.

In 2017, shortly after the Amazon Key program’s release, it was reported that more than 60 percent of Prime members disapproved of the service. Amazon Key enabled in home delivery, allowing “trusted” deliverymen in a consumer’s home. Washington Post contributor Geoffrey Fowler, wrote an article about his disappointing experience with the service, stating:

“The $250 Amazon Key isn’t just about stopping thieves. It’s the most aggressive effort I’ve seen from a tech giant to connect your home to the Internet in a way that puts itself right at the center.”

A SurveyMonkey poll conducted in late 2017 showed that only a mere 4 percent of prime users were enthusiastic about the service while most consumers expressed disinterest in the Amazon Key. The survey was conducted from Oct. 30 to Nov. 2, 2017 and included a nationally representative sample of 7,566 adults. The survey included a description of Amazon Key for those who might not be familiar. This feedback was in response to Amazon’s last venture. With its latest attempt, many consumers are already showing distaste in Amazon delivery packages to the trunk of their car. Social media responses have not been kind:

No way. No. No. No. this is a disaster waiting to happen.

Nope sorry not doing that pic.twitter.com/dzhvWx7k80

Consumers who own vehicles with traditional trunks may not be as concerned about privacy (as the inside of the vehicle usually cannot be accessed from the trunk); however, anyone with an SUV or other vehicle where the trunk is part of the interior of the car may not feel as safe.

Regardless of the first reactions of many, some customers were satisfied with packages being delivered to their trunk. According to The Verge Amazon begin beta testing the service in parts of California and Washington state late last year. One individual said the service was perfect because it allowed her to keep her children’s birthday gifts out of sight while also making sure that the packages were safe. Another customer stated, “with this delivery option I’m able to separate my personal orders from my business orders.” It is good that Amazon is taking steps to combat the dreaded “porch pirates” who steal deliveries right off of front porches and steps, but we may have to wait until the official launch to see if consumers accept Amazon Trunk on a large scale.

Check out this video from the beta testing: