Why CFPB’s Prepaid Card Rule Is a Huge Mistake 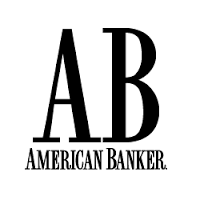 This article was originally published on October 7, 2016, in American Banker.

The Consumer Financial Protection Bureau just released new rules governing prepaid cards that will significantly disrupt consumer use of these products, drive up costs to consumers and wreak havoc on the fastest growing sector within America’s payments industry.

Today, over 67 million Americans use some form of prepaid card, and they are expected to load $300 billion onto reloadable prepaid cards in 2016, a tenfold increase from 2009. Many consumers use prepaid cards today because, since 2009, traditional banking has become less feasible given customers’ personal financial situations. There are numerous reasons for this, but most originate from the post-bailout Dodd-Frank Act, signed in 2010. This law increased the cost of compliance at all banks and one of its more controversial components, the Durbin amendment, drastically reduced revenue from debit card interchange fees at larger banks by $14 billion annually.

The result, outlined in a 2014 Federal Reserve white paper, was that “banks were able to offset approximately 30% of lost interchange revenue with higher fees on deposit services.” In other words, free checking offerings declined at banks subject to the Durbin amendment (while they actually increased at banks and credit unions not subject to the rule).

Increasing costs for checking accounts priced millions of consumers out of the traditional banking market. At the same time, protections designed to prevent money laundering or the funding of illicit activity made it more difficult for illegal immigrants to open up bank accounts, pushing them further into the informal financial sector. These factors were the tailwinds for a growing prepaid card industry that currently serves nearly a fifth of all American consumers. According to credit rating agency Fitch Ratings, prepaid annual transactions grew by 33.5% per year from 2009 to 2012, “far outstripping similar rates for other types of noncash payment.”

Now that these cards are so successful, they have attracted the attention of the CFPB. The bureau’s new rules are poised to disrupt, if not destroy, this industry and eliminate thousands of prepaid options from retail racks and online stores. Simultaneously, the rules will fundamentally transform the nature of the products themselves, making them function more like the heavily regulated banks they sought to replace.

Fee limitations are a hallmark of these rules. The same groups that cheered on the fee-limiting Durbin amendment are applauding these restrictions, refusing to acknowledge the key lesson from the Durbin amendment (and from the long disastrous history of other types of price controls). Price controls, despite good intentions, lead to market distortions, reduced competition and wasted resources. These distortions harm consumers in the long run.

The new rules dictate every detail of how fees are disclosed to consumers – right down to the font size and colors used. The mandated short-form disclosure will be shown before purchase on every prepaid card and will resemble a nutrition label. This is a great idea in theory, but the CFPB’s rules apply to a host of products that don’t quite fit the profile of a prepaid card. The CFPB, in defining who is subject to these rules, extended the scope to include digital wallet services like PayPal and Venmo. As a result, starting next October, consumers that sign up for these services must accept these disclosures before signing up.

How will consumers react when they see a short-form disclosure that includes “fees” for checking their account balance or using their ATM card if neither of those fee types applies to a digital wallet service? For example, if you were a consumer signing up for Venmo, a mobile payments app that doesn’t offer debit or credit card services, and were suddenly being briefed about nonapplicable “ATM fees” in big, bold letters across your screen, wouldn’t you wonder what you were signing up for?

The mandate for prepaid card companies to protect against customer errors and reimburse fraudulent transactions is another well-meaning but misguided protection. We all like the security of knowing that if our payment cards are stolen we can call a customer service agent and not be held responsible for the purchases made by the thief. Many card issuers, especially smaller companies that focus on serving low-balance customers, will be unable to afford the costs associated with fraudulently reported thefts. The CFPB could have protected consumers without burdening smaller issuers by implementing a de minimus exemption threshold below which these services would not be required.

The effects of the CFPB regulation will likely be fewer and more expensive options to choose from in the prepaid market. The CFPB seems to think that consumers who use prepaid cards are simply misguided. The agency appears to want to provide the right incentives for these consumers to rejoin the traditional financial system.

But the past eight years has shown that the unintended consequences and adverse effects of financial regulation often outweigh any gains accomplished by that kind of regulation. The CFPB should have been more cautious in its rulemaking on this issue. In its haste to “help” consumers, it actually did those with the fewest resources the most harm.