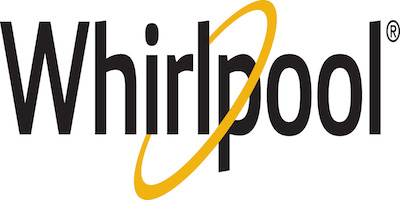 Whirlpool will transition some of its spare parts manufacturing to on-demand 3D printing.

“[T]he demand for spare parts is completely unpredictable, [so] there is no way to keep an optimal amount of inventory that minimizes inventory costs and maximizes part availability,” said Paul Guillaumot, founder and CEO of Spare Parts 3D. “Given the widespread relevance of spare parts…the market potential for incorporating 3D printing in spare parts management is simply staggering.”

A Whirlpool executive said the home-appliance company won’t use additive manufacturing for large production batches, but expects it will be helpful in solving “obsolescence and shortage issues.”

“This way 3D printing can have a direct, [significant] impact on our customer care,” said Franno Secchi, head of consumer services and quality for Whirlpool EMEA.

Over the past year, Spare Parts 3D reviewed 11,000 Whirlpool parts to determine which would be profitable to 3D print, finding about 7 percent would be. Spare Parts 3D’s initial work for Whirlpool will be limited but it expressed its intention to “enlarge the process of digitization to a larger pool of parts.”

Spare Parts 3D said through a press release that it has already started producing and shipping some spare parts for Whirlpool.

Other manufacturers are experimenting with additive manufacturing. These include Swedish appliance company Electrolux, which is also partnering with Spare Parts 3D. Another additive manufacturing service, Ivaldi Group, recently announced a partnership with maritime shipping network Wilhelmsen Holding to produce on-demand parts for ships and maritime equipment.