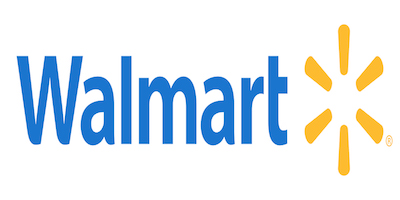 Walmart’s new robot janitors are much bigger than Roombas, the made-for-home automated vacuum cleaners. Rather, these Zamboni-like floor bosses — developed by the slightly ominous sounding artificial intelligence developer Brain Corp. — are capable of cleaning large sections of Walmart’s big box stores all on their own.

The robocleaners look like normal janitor equipment and even include a seat should humans need to take the wheel. Walmart already employs more than 100 of these devices and plans to have an additional 360 in stores by January.

When riding solo, the robot bars shoppers from pirating the craft with yellow-tape safety guards, which assuredly will keep the nation’s teenagers from considering hopping on for a ride. In this video, a Walmart assistant manager says the floor scrubber also has an emergency stop that can be tripped by illicit boarders.

The automated floor scrubber — which navigates using “Brain OS,” Brain Corp’s home-grown operating system — emits a “beep beep” to signal its approach. Sensors on the robot detect nearby objects and persons, hopefully mitigating the chance for any slow-motion collisions between customer and cleaner.

According to Brain Corp, its self-automated floor cleaner ensures a more consistent clean and frees its human co-workers to redirect their time to “higher value” tasks. These might include helping customers at self-checkout, restocking shelves, or perhaps keeping children from climbing on the self-driving robot.

“Brain OS is a powerful tool in helping our associates complete repetitive tasks,” said John Crecelius, vice president of Central Operations at Walmart, “so they can focus on other tasks within role and spend more time serving customers.”

Hopefully, this move toward automation makes the work life of Walmart associates more pleasant. For consumers, their experience at the world’s largest retailer likely won’t change much…

….so long as the robots remain loyal.