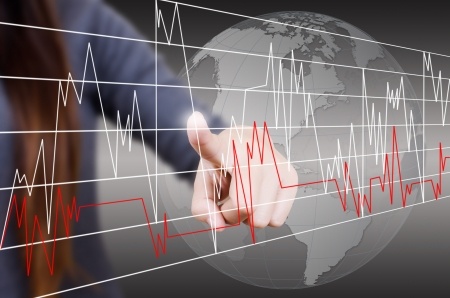 The foreign exchange market is the largest and most liquid market in the world, with an average daily trading volume of over $5 trillion. Unlike the stock market, there is no centralized exchange where transactions are conducted and there is little regulatory supervision. Consequently, these transactions are processed slowly and inefficiently. Blockchain technology may present a promising way to streamline this market.

Forex transactions consist of two parts: one party transfers currency to a second party, and the second party transfers its currency to the first party. The two parts are processed at different times because of time zone differences and varying processing times. As a result, the party that completes its transfer first is exposed to a danger, known as Herstatt risk, that the second party will default on its obligation to transfer money. In order to mitigate Herstatt risk, many financial institutions use a third party to act as an intermediary.

Continuous Linked Settlement (CLS) is the largest of these intermediaries, and it processes a majority of foreign exchange transactions. CLS utilizes a payment versus payment settlement service in which neither party receives funds until it has received capital from both parties. Due to this all or nothing approach, transactions can take up to a day to process, meaning that firms must budget sufficient reserves for a significant time period. Though this process is relatively secure, it is inefficient and entails extra fees levied by the middleman.

Blockchain, the public ledger technology that underlies Bitcoin, has the potential to allow for instantaneous forex transactions that cut out intermediaries. Cryptocurrencies like bitcoin and Ripple work by creating a distributed database that records transactions in single public ledger visible to all. This transparency keeps information secure by having multiple parties verify each transaction. Since the information is widely disseminated, the record cannot be tampered with by hacking into a central database.

However, this transparency presents problems for the foreign exchange market. By making transactions instantly available, this system would allow traders to move against market makers before they have time to hedge the risks associated with their transaction, in a practice known as predatory trading. For example, when traders see that a financial institution has to sell, they also sell in order to drive the price down and then buy it back. This reduces liquidity for distressed traders when they need it most.

Though these systems can hide identities of parties to combat this predatory trading, the sheer size of many forex transactions may reveal the identities of participants. Additionally, these existing systems lack identity checks for regulators, including Know Your Customer (KYC) and Anti-Money Laundering (AML) checks that combat identity theft, fraud, and terrorist funding.

Bank of America has also filed several digital-currency patents. Merrill Lynch, Santander, and UBS have all worked to create Blockchain based networks. Big banks are struggling financially; some economists cite increased regulation and loose monetary policy. Market conditions have also led to a decline in currency trading. According to Bank for International Settlements, the volume of global currency trading decreased from $5.4 trillion a day in 2013 to $5.1 trillion in 2016, the first decline since 2001. Banks are searching for new ways to improve profitability, and Blockchain-based exchange networks may be the answer.