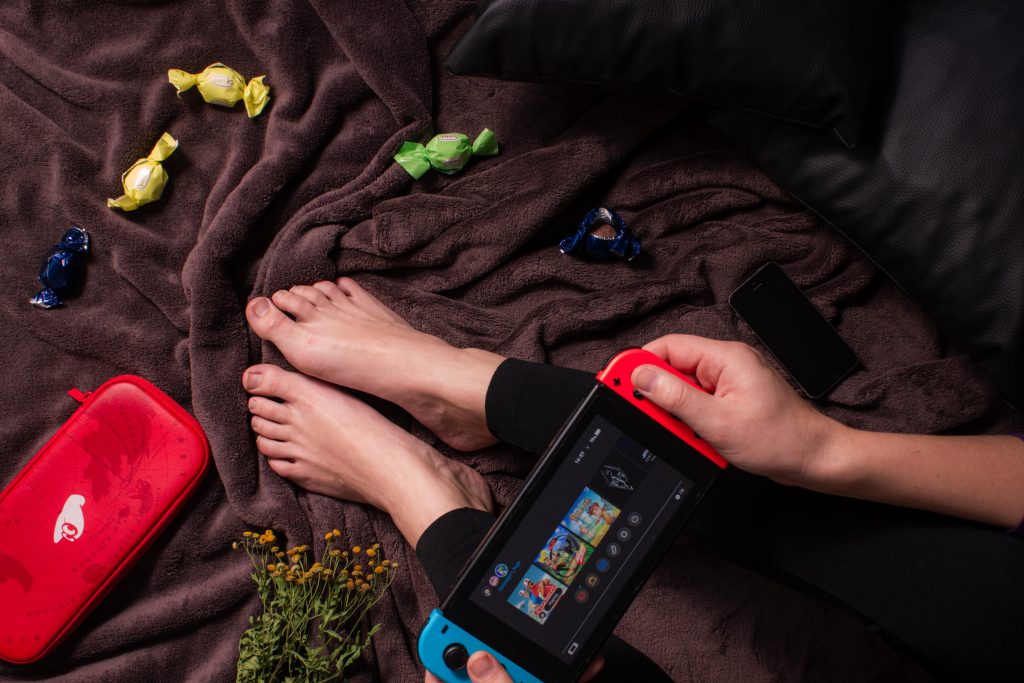 Tired of reality? Take a (virtual) island vacation with the millions of people playing Animal Crossing: New Horizons. The island life/unregulated loan market simulator, released on March 20 for the Nintendo Switch, was the best-selling videogame in March.

The game’s success has caused a run on the Nintendo Switch, making the portable console increasingly difficult to find. Nintendo says it’s working to ramp up production of the full system; the Switch Lite, a system with fewer features, is the only option regularly available in most stores (sometimes at nearly the same price as the full version).

While videogames sales increased across the board since the outbreak during stay at home orders, Animal Crossing is the uncontested king of the COVID crown.

The game is set on an island where players can customize almost everything around them. Their character, house, and the community on their island can all be designed to a user’s liking. Progress in the game is generally marked by island development, with progress measured in island sophistication.

To some, the game appears pointless and there is no real end objective beyond simply building a life around their character. But for the actual players, the game is appealing, but the reason for its appeal is dependent on who you ask.

Jenny and Alyssa, Animal Crossing players in North Carolina, told Consumers’ Research that the most interesting part of the game is the community aspect. “Whole communities are dedicated to gardening,” they said. “You need other players to come to your garden to cross-pollinate flowers and make new ones.” This need, they explained, led to the creation of online discussion boards dedicated to people working together on gardening in the game.

Gardening is just one of the many life-like activities in the game. Some players really enjoy the game’s “stock market” simulation, where turnips take the place of stocks and players can travel to other players’ islands to buy and sell. “People wait hours just to sell their turnips at the right time,” Herrera said.

The game has small details that can make it feel more personal. “One-time Alyssa came to my island to garden, and after she left, my neighbors (who are artificial intelligence) would remember her and ask about her,” Herrera explained.

While the game has seemingly endless possibilities, for some players those possibilities can be too much. “I bought the game when it first came out and I really enjoyed it,” Khoi Tran, Residence Coordinator at Duke University told Consumers’ Research. “But after a while there were too many things to do in the game, it became a little overwhelming.”

The game gives players certain tasks that they can accomplish, but as the game goes on those grow quickly.

After playing the game, Business Insider’s Jack Crosbie said that, of the twelve hours he played, the overwhelming majority was “frustrating, tedious, and immensely boring, mostly involving mashing buttons to get through endlessly repeating dialogue boxes with chibi animals mumbling gibberish and refilling countless holes I dug in the wrong place.”

For hardcore gamers, Animal Crossing’s slow and mundane gameplay ideas aren’t new and may not be appealing. But for players who have never had much interest in videogames, Animal Crossing is a perfect introduction. Stephanie Cheng, a software engineer in San Francisco, told CNN Business that she never used to like videogames but she enjoyed Animal Crossing. “I thought it was really fun. I really like to organize things and manage things…You can control every aspect of your island so I found that compelling,” Cheng said. “And it’s really cute, compared to other video games I’ve played.”

At a time when seeing friends face in-person isn’t feasible, the human connection within the game is something that draws many players. In a more “extreme case,” of game-play interconnection, a tech worker from New York announced that he would be hosting a full-on software development conference inside Animal Crossing. Conference speakers’ avatars would even stand behind a podium and show presentation slides.

This escape from our reality into an almost entirely controllable reality is at the core of the game’s popularity. Sharon Yang, a financial analyst in New York told CNN Business, “The best thing about the game is that it’s allowed me to stay connected with my friends and even friends that I haven’t talked to for a while without needing being [sic] forced to talk about everything that’s going on,” she said. “I don’t believe that I would have picked up this game or played for very long if we were still going outside. But in this situation, I’m glad that it distracts me.”