These small cameras and screens enhance safety by eliminating blind spots.
According to Valeo, Sightstream also has the ability to reduce fuel consumption.

The removal of the side view mirrors has two benefits: first, it reduces vehicle drag and therefore CO2 emissions, by 1.3 grams per kilometer, and second, it decreases the noise generated by the mirrors.

Sightstream is also compatible with other common features in new cars such as blind spot warning systems and ultrasonic sensors.

After having the opportunity to view these mirrors in operation personally at the Motor and Equipment Manufacturers Association’s (MEMA) vehicle safety demonstration in Washington, D.C. on May 17, I can attest that these mirrors are certain to revolutionize the car industry. Despite the pouring rain, the cameras performed flawlessly and the screens were completely clear. Valeo maintains that these screens can and will perform in any weather conditions.

According to the Valeo representative at the demonstration, Sightstream eliminates blind spots entirely. Once a car leaves the screen and the camera’s focal length, it will already be in the driver’s peripheral vision. The National Highway Traffic Safety Administration announced that almost 840,000 blind spot accidents and 300 deaths occur each year in the U.S. For the average consumer, Sightstream promises increased safety through fewer accidents, injuries, and deaths that can be caused by blind spots. With fewer accidents, Sightstream can also save consumers millions in car repairs each year. Drivers neglecting to check their blind spots before changing lanes will become a thing of the past, as blind spots themselves will be eliminated.

This technology is not yet available to the public and is likely to be approved in Europe by the end of 2016 and on the streets by 2018. In the United States, however, a number of regulations could obstruct Valeo’s Sightstream from reaching the market. US regulations require all vehicles to be equipped with side-view mirrors, which Sightstream eliminates entirely.

Valeo is not alone in their efforts, as companies like Continental and Visteon are also developing their own versions of mirror-less technology in vehicles.

To see Valeo’s Sightstream in action, watch the video below: 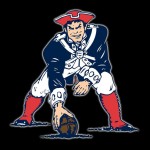