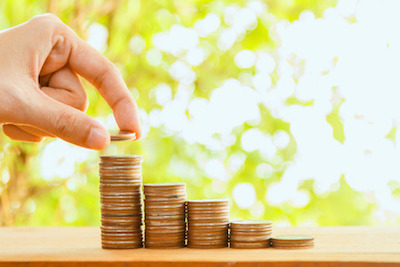 On May 11, the Hoover Institution of Stanford University held a panel discussion at its Washington, D.C. office titled, “Using Technology To Better Quantify Regulatory Costs.” The event was moderated by Adam White, a Research Fellow at the Hoover Institution, and the panelists were: Patrick McLaughlin, Senior Research Fellow at George Mason University’s Mercatus Center and director of its Program for Economic Research on Regulation; Bentley Coffey, Visiting Assistant Professor at Duke University’s Sanford School of Public Policy and affiliated with the Mercatus Center; and Hester Peirce, Senior Research Fellow at Mercatus and director of its Financial Markets Working Group.

Hester Pierce stated that regulators often don’t think from an economic standpoint or a cost-benefit perspective. She encourages regulators to look at economic and cost-benefit analyses as a tool rather than as a penalty – a tool that regulators can use to think through the problem they are trying to solve and to determine whether their chosen regulatory approach is the way to go.

Patrick McLaughlin pointed out that a regulatory impact assessment by an agency will evaluate the impact of one particular rule the agency is considering but will not asses how years of cumulative regulations interact and build on each other. Assessments may give an incomplete picture of the total costs of a given regulation; they may track compliance costs but not the dynamic effect on the economy, for example if a rule will reduce competition by leading to fewer new entrants and businesses in the marketplace. Several things are very difficult to include in cost-benefit analyses, he added. The biggest of these is interactions with other regulations because they complicate the space that firms are involved in. Looking at a single constraint in isolation does not give a complete picture.

According to McLaughlin, measurement is the way to understand the dynamic effects of regulation. Mercatus’ RegData platform was built to solve this problem, he said. This will allow to compare more and less regulated industries at different points at time, in addition to allowing for the evaluation of the total impact of a regulatory environment.

Bentley Coffey stated that RegData has many users, including by governments at the state level (whose legislatures are becoming increasingly interested in simplifying regulations), researchers outside of the Mercatus Center, and others. Coffey noted that RegData was cited in a Brookings Institution paper titled, “The disappointing recovery of output after 2009.” Coffey cited the Mercatus Center paper, The Cumulative Cost of Regulations, that asked what would happen if regulations were frozen to a certain point in time. In this paper’s case, it looked at 1977 to 2012, and estimated that the annual economic growth rate would have increased by 0.8 percent on average per year. It was noted that this growth might have grown even more than that rate, as economic growth compounds. It was also noted that projects like RegData and QuantGov and papers like the one mentioned are especially relevant now, given President Donald Trump’s pledge to reduce regulations and his executive order on that topic.

According to Coffey, A future opportunity for the Mercatus’ RegData and QuantGov projects will be tracking the effects of real-life experiments with freezing or reducing regulations and seeing how those work in real time, for example Canadian attempts at regulatory “budgeting.”

Towards the end of the discussion, Peirce noted that regulators are risk averse and don’t often want to take away a regulation, because if something goes wrong that could be traced to that action then that regulator could then take the blowback. McLaughlin stated that there is no incentive for regulatory agency staff to take away regulations, because “regulators regulate,” and their natural inclination is to pursue further regulations to show Congress it is making actions in its interest area and is protecting consumers and others.

To learn more about the Mercatus’ Center RegData and QuantGov projects, click here.