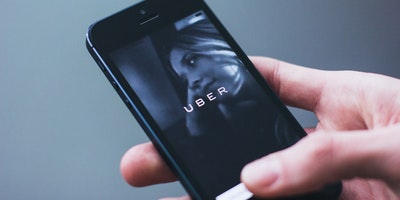 Uber may have been in the news for in the recent fatal crash involving one its autonomous vehicles, but on April 11, 2018 the ride-sharing giant sought to make headlines for a different reason – it announced that it was looking to add bike rentals, car rentals, and public transit (including buses and trains) to its mobile app. Since its inception in 2009, Uber’s stated goal has been to reduce the need for individual car usage, thereby reducing congestion in cities. For those who don’t want to take public transit, Uber says it’s investing “hundreds of millions of dollars per year” in its “Express” carpooling service. Express functions similar to Uber Pool in that it enables shared rides but better optimizes routes, with the intention that drivers don’t have to drive out of their way to pick up passengers. The relative-newcomer app “Via” (only available thus far in Washington, D.C., Chicago, and New York City) works the same way.

USA Today reports that Uber is currently testing a program through the peer-to-peer car sharing service “Getaround.” “We’re going beyond cars. We are about mobility – making mobility available to everyone, everywhere. We want to be part of the solution,” Uber Chief Executive Officer Dara Khosrowshahi said in a press release on April 11, 2018. CNN cited Jahan Khanna, Uber’s head of product for mobility at Uber, who said the company plans on expanding its car rental program outside of the San Francisco area. Getaround currently operates in a handful of large cities, including Chicago, Washington D.C., Los Angeles, Seattle, Boston, and Portland.

Uber has indicated a desire to move beyond its traditional business. ABC reports that the company wants to help “solve the issue of car ownership,” and one of the ways it plans to do that is by offering public transport options through its app. For consumers in Washington D.C., Uber announced its plans to let consumers use tickets for train trips on their smartphones. In addition to teaming up with Getaround for its peer-to-peer car sharing service, Uber is partnering with Masabi, a UK based mobile ticketing company. Masabi stated “Uber users will have the option to book and display Masabi customers’ transit tickets in the app, allowing for seamless transfers from ride-sharing to public transit services for convenient multimodal journeys.”

Under Khosrowshahi, Uber also seems to be shifting to working more closely with government agencies. The Washington Post reports that with the large amount of data Uber will collect as a result of expanding its offerings, the company plans to work with Washington, D.C.’s Department of Transportation and Department of For-Hire vehicles (https://dfhv.dc.gov/release/mayor-bowser-joins-uber-ceo-discuss-future-mobility), as well as SharedStreets, a nonprofit that aims to facilitate data sharing around transportation in cities.

In February 2018 Lyft announced its plans to launch bike-sharing services in Baltimore. Lyft announced a partnership with the Baltimore Bike Share program to support new transportation hubs for bikes, and designated pick-up and drop-off spots for Lyft. According to The Verge, under the partnership, Lyft will advertise its logo on multiple bike share stations throughout Baltimore. Lyft has invested upwards of $250,000 to sponsor these new bike hubs for the next few years.