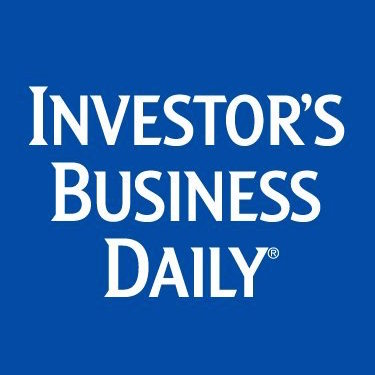 This article was originally published on April 7, 2016, in Investor’s Business Daily.

Last month the House held a hearing on the Consumer Financial Protection Bureau (CFPB), however, due to the presidential primaries and contention over the Supreme Court nomination, the hearing garnered negligible media attention.

Yesterday the Senate Banking, Housing, and Urban Affairs Committee held its counterpart CFPB oversight hearing, which also received little notice from the media. While this “oversight” may seem trivial, the CFPB’s largely unchecked activities have an undeniable impact on American consumers and businesses and the lack of CFPB media coverage is consequential.

Despite its extraordinary regulatory reach, the CFPB is subject to little Congressional oversight. The Senate confirms its director (currently Richard Cordray), who is required to make semi-annual reports to both chambers. The Bureau must submit semi-annual budget justifications and is subject to an annual financial audit by the Government Accountability Office.

However, these procedural measures carry little weight given that Congress has no inherent budgetary leverage over the Bureau — its funding comes from the Federal Reserve, not the federal government. This makes the CFPB the only federal bureau, department, or commission over which Congress cannot exercise its constitutionally-mandated “power of the purse.”

While CFPB funding is capped at 12% of the Fed’s total operating budget (amounting to just over $600 million for fiscal year 2016), the effect of not being accountable to spending oversight has been clear. Since fiscal year 2014, the Bureau’s budget has increased by 20%. The renovation of its offices adjacent to the White House, budgeted at $55 million, have ballooned almost 400% to $216 million, demonstrating how this lack of accountability enables imprudence. During the last fiscal year, the CFPB employed 1,537 people — only 200 fewer employees than the Federal Communications Commission, an organization subject to Congressional budget authority with an annual budget of under $400 million.

Both hearings had a broad focus and Members’ questions ranged in topic from payday and auto lending regulation to mortgage regulation to the Bureau’s questionable loan refund methodology. The vast swath of the American financial sector over which the Bureau claims provenance illustrates the importance of this semi-annual report and Congress’s limited ability to question or be briefed on the CFPB’s activities.

A number of Members expressed concern about the unintended consequences of CFPB policies, questioned whether such policies preempted state laws, and voiced unease regarding the unwieldy and cavalier nature of the Bureau.

For example, Committee Chairman Sen. Richard Shelby, R-Ala., stated, “Unfortunately, the drafters of Dodd-Frank immunized the Bureau from any meaningful congressional influence leaving it free to engage in questionable practices and unreasonable expansions of its jurisdiction.” He went on to say, “There is now growing concern that, despite the Bureau’s mission, its rules and regulations actually restrict access to credit, increase costs, and deny financial products to the consumers who need them.”

During the House hearing, Rep. Dennis Ross, R-Fla., stated that when he was a member of the Florida state legislature it passed legislation regulating payday lending, and suggested that the CFPB did not consider Florida’s regulations sufficient and intended to preempt them.

Rep. Jeb Hensarling, R-Texas, the chairman of the House committee, accused the Bureau of restricting “Americans’ access to financial instruments.” Echoing that sentiment, Rep. David Scott, a Georgia Democrat, criticized the Bureau’s regulatory reach into auto lending, stating that such overreach has reduced choice for low-income and underbanked consumers. Scott also expressed disbelief over the Bureau’s method of identifying eligible refund recipients, which, as The Wall Street Journal reports, uses “an algorithm that assigns probabilities to whether borrowers are minorities based on their last names and locations.” Scott alleged that the Bureau continues to follow this practice.

The near-autonomous nature of the CFPB, the wide range of questions raised at the hearing, the strong opinions of members concerning the CFPB’s questionable constitutionality, and the massive impact the Bureau has on the financial well-being of millions of Americans all illustrate just how important this hearing was, despite the lack of media coverage.

The CFPB needs more Congressional oversight and media visibility, because it’s too easy to lose sight of what’s going on with only a few hours a year to question the director of a virtually independent $600 million agency.