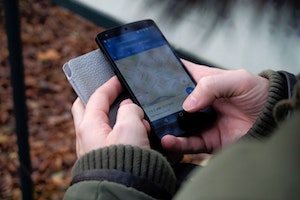 Google Maps will soon have a commute planning function and music streaming capabilities.

The features, expected to be released this week, will affect both Android and Apple users. Google Maps has long been a useful tool for road trips and navigating unfamiliar places, but, according to Google, the new app features are meant to alleviate stress for city commuters.

Similar to apps Waze and CityMapper, Google Maps users will now see alternate routes and how long their commutes will take during different times of the day.

After punching in their home and work addresses, users can use the app to plan for delays. For instance, a user can check if a drive will be shorter if he or she waits a half hour to leave the office. Additionally, if a car accident obstructs a route, Maps will offer an alternative one.

The new features will also signal when users should leave home to catch a train or bus. The app will now show public transit in real time as it moves closer to the stop, meaning commuters will no longer have to wonder whether their trains will be 5 minutes early or 10 minutes late.

These new features come with tradeoffs, however.

To use them, users must grant Google access to their web and app activity. Google will then be able to see a user’s search history, credit card purchases, location, and more.

These new commuter features will be available in 80 cities around the world including many across the U.S. In Sydney, Australia, Google Maps will also indicate how full particular buses and trains are. Google plans to expand that function to more cities in the future.

The Google Maps update will also add a music function. Whether users prefer Apple Music, Spotify, or Google Play Music, they will be able to listen to songs without leaving the Google Maps screen via an interactive banner with music controls.