The Best States for Retirement 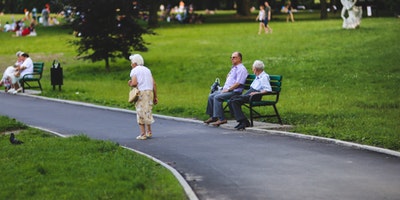 In 2017, Bankrate named New Hampshire the best state for retirees. A total of five factors were used in determining the best and worst states for retirees: cost of living, health care quality, crime rate, weather, and taxes. Bankrate compared these retirement metrics across all 50 states. Many southern states such as Arkansas, Mississippi, and Oklahoma ranked in the bottom ten worst states to retire in. The states that ranked towards the bottom tended to have high tax rates and even higher crime rates. Maine ranked second, next to Vermont with the lowest crime rate in the country. There seemed to be a positive correlation with a state’s rank and health care quality.

Interestingly, some states that are quite popular for retirees, such as Nevada, Arizona, and New Mexico, didn’t make the top 10. While Arizona placed a still quite high #12 on the list, Nevada and New Mexico were all the way down at #44 and #47. Alaska claimed last place spot due to its high crime rate, frigid weather, and low senior citizen population, among other factors. Florida, probably the U.S. state best known for its retiree population, ranked #17. See the map of all states and their rank below (green shades indicates a state that is ranked as overall better for retirees, red are those states that are not as good for retirees): 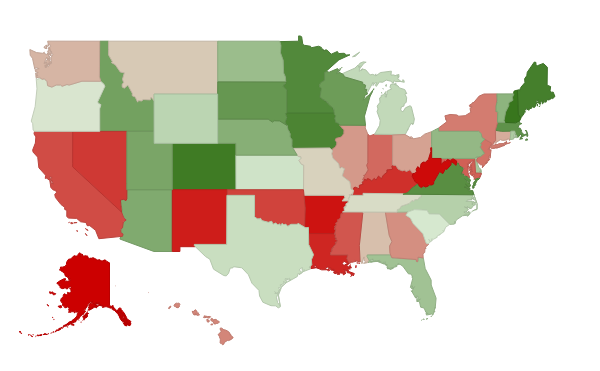 While many southern states ranked toward the bottom of the list overall, they were the places were retirees had the most purchasing power due to a relatively low cost of living. Fox Business determined how long a retiree could live on savings of $1 million. The most inexpensive cities, according to Fox Business are Houston, where $1 million would last 25 years and 11 months; Oklahoma City, 24 years and seven months; Austin, Texas, 24 years and six months; Tulsa, Oklahoma, 24 years and four months; and Memphis, Tennessee, 24 years and three months.

While this list is certainly illuminating, it may not take into account that many retirees weigh some considerations differently than others. For example, for many retirees nice year-round weather is their top concern. Someone from, say, New York, might not want to retire to even-colder New Hampshire. This is the reason why southwestern states (and Florida) are so popular for retirees. The list also looks at the crime rate and cost of living, but does not take into account that these metrics can vary wildly across a state or even across an urban area. Retirees may not want to live in the most densely-populated urban areas where crime and cost of living can be highest. See the complete list of cities by rank below:

The data can also be found at Bankrate here.