The Baby Bugatti: A Kids Car with an Adult Price Tag 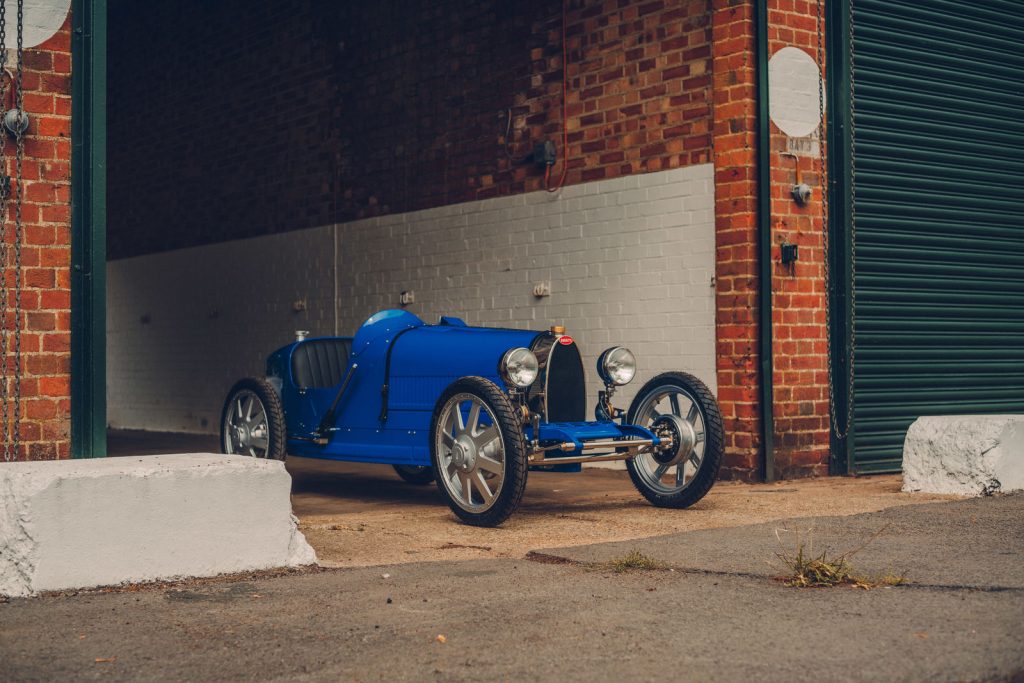 Bugatti, the automaker known for its super-fast sports cars, recently announced that a few more of its miniature kid’s cars are available for purchase. But this is not your typical Little Tikes car. This one might be more expensive than your adult-sized vehicle.

Last year, the France-based car manufacturer collaborated with its cross-channel London-based Little Car Company to design a mini electric Bugatti they sold at the 2019 Geneva Motor Show as part of its 110th anniversary. But Bugatti only made 500 cars, which sold out almost instantly after the initial release.

Because of COVID, some of those buyers changed their minds, leaving a few left for sale.

According to Forbes, Bugatti based the car on its 1924 Type 35 Lyon Grand Prix. This version is scaled to more than 9ft long and nearly 3.5 feet wide.

The base-model battery has a range of just over 18 miles, and each variant boasts 2-speed modes. Bugatti ditched the common “turtle” and “rabbit” speeds for the more luxury “Novice” and “Expert modes,” which reach 12mph and 30 mph in the base-model, respectively.

“In its most powerful mode, when you have the ‘Speed Key’ inserted, the Baby II is a very fast car. It’s quite impressive and brilliantly fun,” Bugatti test driver Andy Wallace said in a statement.

The Baby Bugatti I was built by Bugatti Founder Ettore Bugatti for his 4-year old son in 1926 and was also modeled after the Type 35, but Bugatti only made one.

Designers of the latest Bugatti Baby scanned the original to make a bigger replica targeted at older kids, teens, and adults. Updated eight-spoke wheels, an aluminum dashboard with gauges for speed, battery level, and power, down to the clock used to track racing performance, give the car clean old-fashioned look.

The base model comes in a classic French Racing Blue with a black interior, but the two advanced versions can be customized.