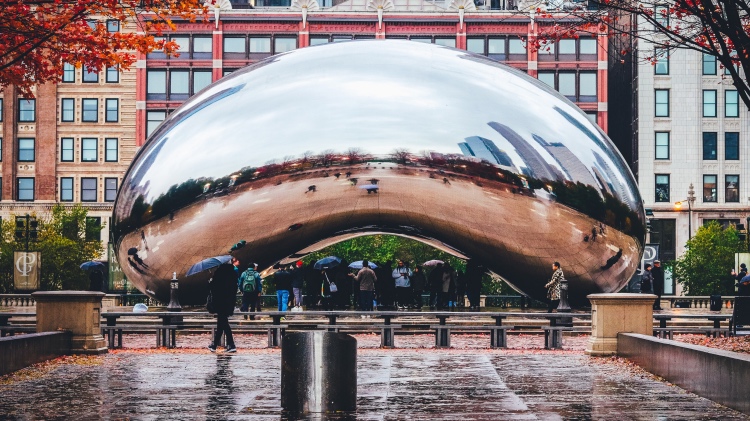 Verizon has taken the lead in the U.S. race to upgrade wireless networks — with some caveats.

Last week, the telecommunication company opened a 5G network in certain parts of Chicago and Minneapolis, making it the first U.S. carrier to support both the ultra-fast network and a smartphone that works on it. Both Verizon and AT&T have previously launched 5G networks, but they were inaccessible through smartphones.

Telecommunication companies have been eager to declare victory as they compete for first in the race to roll out 5G, which will reportedly support download speeds 10 to 100 times faster than current 4G networks.

In December, AT&T declared itself “the first and only company in the U.S.” to introduce a device connected to a working 5G network.

“This is the first taste of the mobile 5G era,” said Andre Fuetsch, president of AT&T labs and chief technology officer, through a press statement at the time. “Being first, you can expect us to evolve quickly.”

AT&T’s 5G-compatible device was not a phone, however, but a hotspot, allowing Verizon to declare itself “first” to support a smartphone on its own 5G network nearly four months later.

Verizon’s “first” comes with an additional asterisk, however. Its 5G compatible phone, the moto z3, requires a $200 mod attachment for hooking up to the faster network.

All the same, this statement from Hans Vestberg, Verizon’s chairman and chief executive officer, is technically true: “Verizon customers will be the first in the world to have the power of 5G in their hands.”

He added: “This is the latest in our string of firsts.”

Fierce competition between wireless networks extends beyond U.S. borders. Verizon launched its 5G-compatible phone on Wednesday, April 3, a week earlier than it had previously announced it would. Likely, Verizon did this in an attempt to edge out South Korea, which planned to introduce its own smartphone/network pair on Friday, April 5.

But South Korea’s biggest mobile operator claims that it did edge out Verizon. On Thursday, April 4, it released a statement saying it had activated its 5G network for “six celebrities representing Korea” at 11 p.m. on April 3, thereby beating Verizon by a few hours.

A Verizon spokesman was dismissive.

“They gave phones to six celebrities and they’re trying to say that constitutes a network launch? That’s a PR stunt,” Kevin King, director of corporate communications at Verizon, told the Nikkei, a Japanese business publication.

A reporter for PCMag reviewed the moto z3’s performance on Verizon’s 5G network: Download speeds were reportedly 50 percent faster than the area’s 4G speeds; however, the review also described the coverage area as “very small” and the network generally as “not very reliable.”