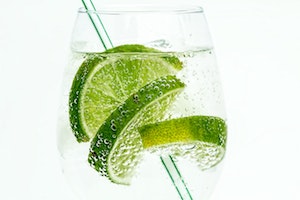 La Croix markets itself as “Innocent!” — but lawyers say the sparkling water brand is “guilty.”

Last week, a Chicago law firm brought a class-action lawsuit against La Croix, disputing its claim of being “All Natural.” The lawsuit alleges the beverage contains synthetic ingredients linked to kidney toxicity, tumors, and cockroach insecticide.

(Is THAT what “Pamplemousse” means?)

The brand punched back through Twitter — well, “punched back” is probably too strong. More like: The brand cheerfully-but-firmly denied the allegations, stating, “Our main goal has always been to provide a product that’s a healthy alternative and make the world a healthier place.”

Is La Croix telling the truth? Or is the beverage maker POISONING ITS CUSTOMERS WITH COCKROACH KILLER?!?!

Probably not, says Business Insider. And Vice. And the LA Times.

“Linalool,” the ingredient the lawsuit says is “used in cockroach insecticide,” can also be found in 63 different spices and is a “common flavoring in beverages and food,” Vox reports.

But what about the claim that La Croix is not “all natural”? That claim doesn’t seem to hold water, either.

Beaumont Costales, the firm heading the lawsuit, says that at least three La Croix ingredients — linalool, limonene, and linalool propionate — have all been identified by the Food and Drug Administration as “synthetic.” Limonene, according to the suit, can “cause kidney toxicity or tumors,” whereas linalool propionate is “used to treat cancer.”

(“Used to Treat Cancer” sounds like a decent fallback slogan if La Croix even does have to drop “All Natural.”)

All three of the offending ingredients, however, appear to be available in nature. Limonene, for instance, can be pulled from citrus peels and is thought to have potential anti-tumor effects.

So don’t worry, La Croix lovers. The Beamont Costales’ suit looks like a dud. Unless litigation uncovers dirtier details, the sparkling water brand seems to be as “Innocent!” as advertised.