Smell Scents Over the Internet with New Tech 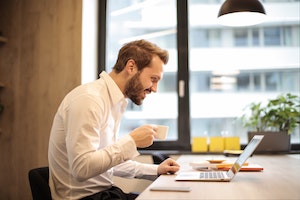 Scientists in Malaysia are researching “electric smell” technology that would allow people to communicate aromas over the internet. Imagine — rather than simply seeing your friends’ fun vacations on Instagram, you could smell them too!

The Imagineering Institute, an organization dedicated to “inventing the future of the internet,” says it used electrodes to deliver weak electrical currents up the noses of 31 blind-folded test subjects. These electrical currents allegedly triggered their brains to evoke responses to 10 different simulated odors including “fruity,” “woody,” and “minty.”

This experiment, according to Adrian Cheok, the Imagineering Institute’s director, could eventually lead to commercial applications for electric smells when combined with other internet technologies.

“It is part of a whole, integrated virtual reality or augmented reality,” Cheok told NBC. “So, for example, you could have a virtual dinner with your friend through the internet. You can see them in 3D and also share a glass of wine together.”

Kitchen odors could suddenly cross the country as families gather in video chat to laugh, love, and, sniff. Arguments about “who dealt it” could suddenly become very complicated.

The future of electronic aroma

The Imagineering Institute’s research doesn’t have everyone smelling roses, however.

“I can give you an empty jar to sniff when you don’t have anything up your nose, and sometimes you would report a faint odor,” Joel Mainland, an olfactory neuroscientist at the Monell Chemical Senses Center in Philadelphia, told NBC through an email. “If you are asking someone if something smells, they have a strong bias to say yes even where there is no odor.”

Whether the Imagineering Institute’s experiment was up to sniff snuff, it will likely be some time before moms can perform long-distant smell checks on their kids’ rooms. Probably for the best.