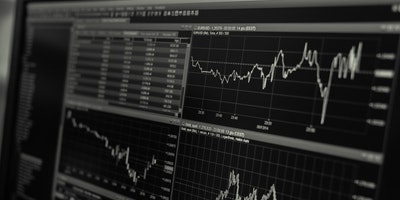 A team at Purdue University has developed what they are calling a “smart sticker,” wearable technology that tracks health data. It’s roughly the size of a Listerine breath strip — and it sticks to your skin.

Researchers are touting the smart stickers as convenient devices that could lower the cost of personalized medicine. Able to read different types of data, including heart activity and temperature, the smart stickers could prove useful particularly as health monitors for people recovering from surgery.

After being programmed for a specific purpose, the stickers are attached to a person’s skin using water-soluble tape. The sensors themselves look like groups of tiny silver snakes.

“The low cost of these wearable devices,” said Ramses Martinez, an assistant professor who led the research team, “and their compatibility with large-scale manufacturing techniques will enable the quick adoption of these new fully disposable, wearable sensors in a variety of health care applications requiring single-use diagnostic systems.”

Previous production methods and materials for similar wearable electronics were complex and expensive, but, according to the Purdue researchers, the smart sticker costs only a nickel to produce.

These stickers aim to balance effective sensor technology with a flexible, yet durable, structure. The researchers say that athletes could use the technology while exercising, even while swimming. The smart stickers could also be implanted on organs to monitor sleep.

Purdue is seeking to commercialize smart stickers. If successful, they would be the latest entry in the wearables industry, which includes devices like smartwatches and other health trackers.

More than 110 million wearable devices shipped worldwide in 2017, according to the International Data Corporation. It projects that more than 220 million will ship in 2021.

If commercialized, the smart sticker might compete against products like the BioPatch, which was released at the end of 2016. The sensor, attached to the chest, can measure, among other things, heart rate, breathing rate, and posture, then send live data wirelessly to smartphones and computers.