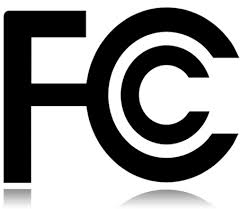 The Senate Committee on Commerce, Science and Transportation held a hearing on March 2 regarding the activities of the FCC.

The hearing touched on a range of topics important to the senators’ constituencies, and some major issues of concern to consumers included the FCC’s nascent set-top box proposal, the do-not call list, “spoofing” (showing a phone call as originating from another source, with the intent to defraud) and “cramming” (the practice of wireless carriers adding unauthorized charges on to consumers’ phone bills). Senators also raised concerns about the availability of the wireless spectrum (and proposals to auction off unused spectrum space), modernizing the 911 calling system, the “broadband gap” and rural areas with low or no service, and the future of 5G wireless data signal. The Committee will hear deliberation on the MOBILE NOW Act on March 3.

The hearing was somewhat amicable, in contrast to the House Financial Services’ Committee’s Subcommitee on Financial Institutions and Consumer Credit hearing on the Consumer Financial Protection Bureau in February, for which Consumers’ Research submitted a congressional letter of support.

The main point of contention was an exchange between committee Chairman John Thune and FCC Chairman Tom Wheeler, in which Thune asked Wheeler whether he would resign on election of a new president (which has been past precedent for past FCC chairmen).

Wheeler’s response was: “I understand precedent, I understand expectations, and I also understand that 10 or 11 months is a long time. So it’s probably not the wisest thing in the world to do to make some kind of ironclad commitment but I understand the point you’re making.”

The hearing was also marked by vociferous disagreement between commissioner Ajit Pai and Wheeler regarding whether the FCC’s Open Internet Order has suppressed investment. Pai asserted that it had, that representatives of broadband providers had testified they were not planning on investing due to uncertainty and overburdensome, that, as he said, “first major decline in broadband wireline investment in the Internet age, outside of the tech bubble bursting in 2001 and the Great Recession in 2008.”

Wheeler fired back, “With all due respect to my colleague, what he has just portrayed as facts, are not.” He asserted that investment in an usage of the internet are both up, as is revenue per consumer for the internet companies. The two continued to exchange assertions back and forth as to the effect of the OIO on investment until Thune ended the conversation by quipping, “This is good stuff, Senator Johnson.”

Bill Nelson, the ranking member on the committee, stated plainly that, “The do-not call list, it doesn’t work.” Similar to the spoofing problem as well as the 911 call system, changing technologies make enforcement more complicated, according to the commissioners.

The commissioners noted that enforcing spoofing, which frequently targets seniors by masking fraud calls as coming from a legitimate source, is getting more difficult as the source for calls has moved offshore, and spoofers rely more frequently on texting.

On a positive (and bipartisan) note, Wheeler stated that the U.S. is a global leader in 5G technology, asserting that we are already leaders in the 4G space with one-third the global 4G deployments but a much smaller slice of the world’s population.

Video of the Senate Hearing