Self-Care Apps Are on the Rise 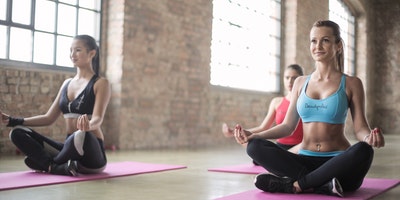 The market for “self-care” and health apps has grown significantly in recent years, according to data from “app intelligence” firms. Apptopia found that in the first quarter of 2018, the top ten self-care apps in the U.S. earned $15 million in combined iOS and Android revenue, and $27 million in worldwide revenue. Apptopia also found that the top ten wellness apps (those dealing with mindfulness and meditation) generated about 170 percent more revenue worldwide in Q1 2018 than the top ten such apps did the year before, across both the Apple App Store and Google Play.

While this may seem like evidence of a huge wave of apps, just two apps claim a big chunk of the revenue — Calm and Headspace. Both focus on meditation and therapy. Calm earned about half the total revenue in the U.S. and worldwide, equating to roughly $8 million in the U.S. and $13.5 million. Combined with Headspace, the two apps generated more than 90 percent of the top ten apps’ revenue last quarter.

There has also been a huge spike in self-care app revenues and downloads. According to Tech Crunch, self-care app installs are up year-over-year, with more new apps arriving every year. The trend is clear: self-care app adoption is booming. Apptopia produced this graph, which shows the increase of self-care apps added to app stores over recent years across both platforms. 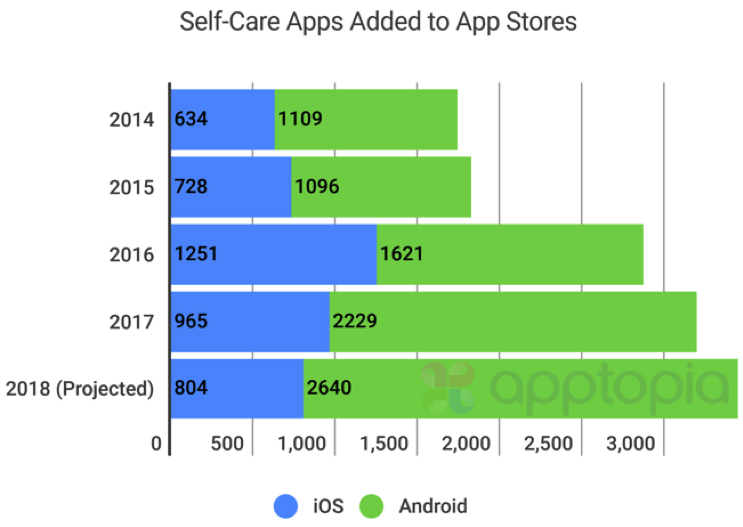 Apple named self-care apps as one of the top four breakout trends for 2017, saying “never before have we seen such a surge in apps focused specifically on mental health, mindfulness and stress reduction.”

Why Are Self-Care Apps So Trendy Now?

According to NPR, Millennials’ use of Internet resources on self-care increased awareness about the issue in general. Tech Crunch stated some experts might say that “the always-on news cycle of the web combined with the depressing nature of social media led to a growing need for self-care tools.” It is important to note that self-care apps shouldn’t serve as a replacement for traditional mental health care, especially when it comes to more serious matters. According to IT company CIS, some “talk therapy” apps were found to be ineffective, expensive, inconsistent in the quality of care provided and, at worst, potentially dangerous. Meditation and other wellness solutions outside of medical care may not be effective, so consumers thinking of downloading one of these apps should always consider what is best for them and their health.