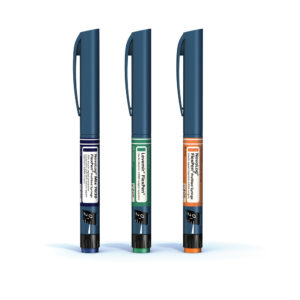 A lawsuit was filed on February 6 in a federal court in Massachusetts accusing three major drug manufacturers – Eli Lilly, Novo Nordisk, and Sanofi – of colluding with intermediaries to drive up the prices of their insulin drugs. The class action suit claims that these companies work with intermediaries of the drug industry, called pharmacy benefit managers, to fix mutually beneficial drug prices.

Pharmacy benefit managers operate in the background of the drug pricing system, but their impact is significant and controversial. They serve as the middle-man between drug manufacturers and insurers, who are often paying for a large portion of these drugs. Since health insurance companies are the most important customers for manufacturers, they do not have to pay the full “listed” price for drugs. Instead, the pharmacy benefit managers negotiate a rebate that insurers receive from drug manufacturers. So the “listed” price that out-of-pocket drug customers have to pay is likely to be much more than the “real” price that insurers pay.

The controversial aspect of this three-party relationship is that the pharmacy benefit manager takes a cut of this rebate. The lawsuit argues that drug companies hike up prices to create larger rebates and ultimately higher payouts for the managers. So pharmacy benefit managers do the leg work of connecting insurers with drug manufacturers, but they stand to gain from skyrocketing drug prices that those paying out-of-pocket cannot afford.

The drug industry is under increased scrutiny after high price increases for drugs from firms such as Teva Pharmaceuticals, Mylan, and Valeant. Insulin can be added to the list of popular drugs that have faced major price increases. A recent study in the Journal of the American Medical Association found that insulin prices tripled between 2002 and 2013.

President Donald Trump indicated that he intends to address the trend of rising drug prices, but what specific actions are likely will not be clear until he appoints a new FDA Commissioner.

Eli Lilly and Novo Nordisk have tried to combat negative publicity by offering discounts for out-of-pocket customers and limits on drug price increases. These strategies are welcomed by consumers, but consumers should still be conscious of the symbiotic relationship between drug companies, pharmacy benefit managers, and health insurers.