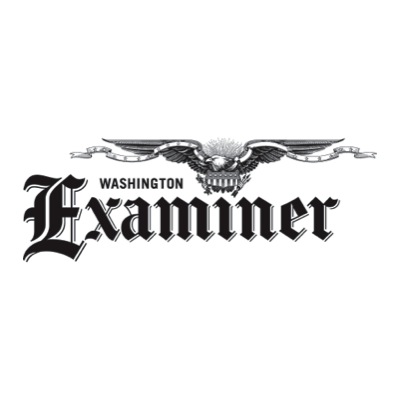 This article was originally published on April 4, 2017 in The Washington Examiner.

Last month, D.C. Councilmember Kenyan McDuffie proposed legislation to regulate the homesharing platform Airbnb. This bill would broadly impact the rights of D.C. renters and homeowners to use their private property for extra income and would hurt visitors traveling to the city. The supposed intent of such a bill is to protect the limited housing stock in Washington from commercial exploitation and keep rental prices down.

There is no evidence, however, that more regulation will accomplish these goals, particularly given that Washington currently fails to enforce existing rules designed to curtail the same problems. Adding complexity to an already confusing system won’t solve Washington’s housing challenges. Instead, it will harm the very renters it seeks to help.

The proposed bill would require Airbnb hosts to obtain a business license and would restrict rental activities to only the host’s permanent residence. It would also require hosts to be present for the entire period of the rental, potentially cutting off significant supplemental income for property owners who travel out of the city frequently, as is common among many D.C. residents.

Additionally, the law would limit hosts to only 15 cumulative nights throughout the year of renting without being present — classifying more than 15 nights as a “vacation rental.” The law also imposes harsh fines on those who violate any provision of the regulations. For example, homeowners would be subject to fines of $1,000 for a first offense, $4,000 for a second violation, and $7,000 for any subsequent violation.

Most of Airbnb’s thousands of hosts utilize the platform in order to make extra income, which they use to help pay their mortgage, provide for their family, or save for emergencies. Airbnb representatives stated at a meeting of the U.S. Conference of Mayors that 13 percent of the hosts in the country’s ten largest cities — 16,000 people — used their rental income to avoid eviction or foreclosure.

For their part, company representatives have said that Airbnb has no problem with regulation and wants to work with the D.C. City council to craft reasonable regulations that provide a framework while allowing residents to rent out their properties. Airbnb also praised the recent rules in Arlington, Va., as “the first D.C. area municipality to pass an ordinance creating fair rules for middle-class residents and families to continue sharing their homes.”

McDuffie is right: Washington has an affordable housing problem. However, Airbnb is not to blame. According to the D.C. Fiscal Policy Institute, the District had 60,000 low-cost units (apartments renting for less than $800 a month) in 2002; by 2013, that number shrank to 33,000.

As demolition and construction reshape the D.C. cityscape, affordable housing units have not been replaced one-for-one. Meanwhile, high-cost apartments (those renting at $1,400 per month or more) increased from 28,000 to 73,000 during the same period low-cost availability shrunk.

According to the D.C. Fiscal Policy Institute, low-income households (those making $22,000 a year or less) saw rent increases of about $250 per month over the past 10 years, while their incomes remained flat. Additionally, as subsidies for older affordable housing units expire and units are converted to condos or market-rate apartments, Washington has made no plans to offset the potential loss of 13,000 low-income housing units that are set to expire by 2020.

Instead, McDuffie points the finger at Airbnb.

Clearly, the issues that drive Washington’s affordable housing problem existed long before Airbnb came on the scene. The D.C. City Council, therefore, should not make Airbnb and its users scapegoats. By doing so, the city fails to address D.C.’s true affordable housing challenges and inhibits consumers’ ability to improve their financial well-being by standing in the way of legal home- and room-sharing.

Instead, Washington should pursue alternative solutions to high rents that don’t place the burden on those just trying to get by.