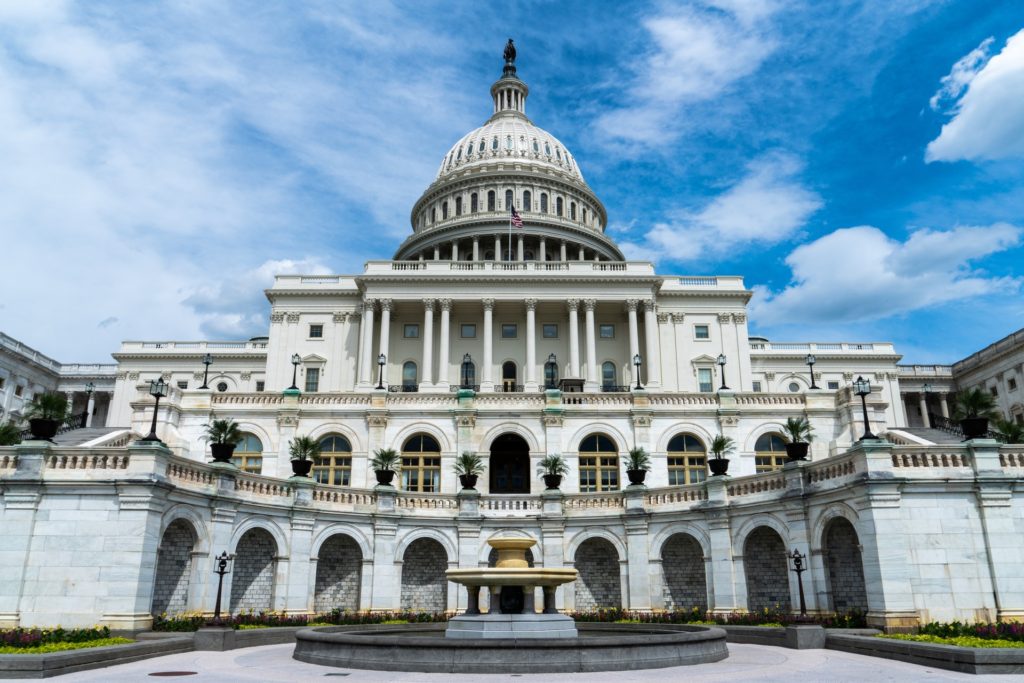 The insanity surrounding Reddit, Robinhood, and GameStop that rocked Wall Street in January made it to Congress as the House Financial Services Committee held a hearing entitled “Game Stopped? Who Wins and Loses When Short Sellers, Social Media, and Retail Investors Collide” to address the aftermath of the event.

“This recent market volatility has put a national spotlight on institutional practices by Wall Street firms and prompted discussion about the evolving role of technology and social media in our markets. These events have illuminated potential conflicts of interest and the predator ways that certain funds operate, and they have demonstrated the enormous potential power of social media in our markets,” said Rep. Waters.

Rep. McHenry’s opening cut straight to one of the primary issues facing consumers in the markets: the frustration surrounding the distinction between accredited investors and what the SEC has dubbed “retail investors,” that is, individual consumers.

“GameStop is a culmination of years of pent-up frustration. That frustration is now paired with faster, cheaper, and better technology … The structural core of our regulations is literally enshrined in equity policies like the accredited investor definition that blatantly pick winners and losers. If you’re wealthy, you’re good to go, and if you’re not, you’re deemed too dumb to be trusted with your own money. So a privileged few get to invest alongside Ivy League endowments, getting early access and private markets to the greatest returns of the last two generations, but not so for the average everyday investor,” said Rep. McHenry.

Robinhood CEO Vlad Tenev began witness testimony explaining the role Robinhood plays for the modern investor and its involvement in the GameStop saga.

“Robinhood’s mission to democratize finance for all is of a very special significance for me. The platform allows people from all backgrounds to invest with no account minimums and zero commissions. Contrary to some very misleading and highly uninformed reports, we see evidence that most of our customers are investing for the long term with features like fractional shares, dividend reinvestment, recurring investments. Our customers can start with small amounts and grow their investments in blue-chip stocks and ETF’s overtime,” said Tenev.

Tenev explained that the total value of assets on Robinhood exceeds the net amount of money deposited with the company by over $35 billion. Rep. Jim Himes (D-CT) sought to extract a rate of return for investors on Robinhood from Tenev but ran out of time.

During his opening statement, Tenev reiterated Robinhood’s statements regarding the freezing of buying GameStop shares on the app.

“Robinhood Securities, along with many other firms, imposed temporary trading restrictions on certain securities. We began allowing limited buys of these securities the following day, and we have since lifted the restrictions entirely. There are two points I want to make clear about these temporary restrictions: first, Robin Hood securities put the restrictions in place in an effort to meet increased regulatory deposit requirements, not to help hedge funds. We don’t answer to hedge funds. We serve the millions of small investors who use our platform every day to invest. Second, Robinhood immediately secured additional funds altogether. Through capital raising and other measures, we’ve increased our liquidity by more than $3 billion to cushion ourselves against increased collateral requirements and related market stress in the future,” explained Tenev.

Kenneth Griffin spoke on Citadel Securities’ role during the GameStop ordeal and praised his company’s handling of a difficult situation.

“On Wednesday, Jan. 27, we executed 7.4 billion shares on behalf of retail investors. To put this into perspective, on that day, Citadel Securities executed more shares for retail investors than the entire average daily volume of the entire US equities market in 2019. The magnitude of the orders from Robinhood Securities reflects the confidence of the retail brokerage community in our firm’s ability to deliver in all market conditions and underscores the critical importance of our resilient and stable systems,” said Griffin.

Gabriel Plotkin spoke next about how Melvin Capital fared during the ordeal. The company had a major short position on GameStop stock and lost more than 50% of its investments in January.

“I want to make clear at the outset that Melvin capital played absolutely no role in those trading platform decisions. In fact, Melvin closed out all of its positions in GameStop days before the platforms put those limitations in place. Like you, we learned about those limits from news reports. I also want to make clear at the outset that contrary to many reports, Melvin Capital will not be bailed out in the midst of these events. Citadel proactively reached out to become a new investor similar to the investments others make in our fund,” said Plotkin about Melvin’s involvement in trading freezes and the company’s current position.

“In January 2021, a group on Reddit began to make posts about Melvin’s specific investments. They took information contained in our SEC filings and encouraged others to trade in the opposite direction. Many of these posts were laced with anti-Semitic slurs directed at me and others. The post said things like, ‘it’s very clear we need a second Holocaust, the Jews can’t keep getting away with this,'” said Plotkin.

Steve Huffman directly refuted Plotkin’s claims during his opening statement, where he explained the role that Redditt and its users played in the events.

Industry expert Jennifer Schulp spoke to the current steps that the SEC is taking in the wake of GameStop’s stock price rising and emphasized that limiting retail investors’ access to the market was not the answer.

“The SEC, among a host of others, is reviewing the relevant trading and conducting a study of the events. The SEC will have access to far more information than has been made publicly available, and I believe it has the tools necessary to address any harmful misconduct that may have occurred. I cannot opine on whether any regulatory changes are warranted on this incomplete record. I tend to believe the answer will be no in light of the minimal impact on the market’s function, but as regulators learn more, there may be areas identified for improvement. By no means though should these events lead to restrictions on retail investors’ access to the markets,” said Schulp.

The committee’s attention quickly turned to Tenev and Robinhood’s decision to freeze purchases of GameStop shares while allowing sales of the stock.

“The decision to restrict GameStop and other securities was driven purely by depositing collateral requirements imposed by our clearing houses,” said Tenev. “Preventing customers from selling is a very difficult and painful experience where customers are unable to access their money, so we don’t want to impose that type of experience on our customers unless we have no other choice, and even though I recognize customers were very upset and disappointed that we had to do this, I imagine it would have been significantly worse if we prevented customers from selling.”

Tenev continuously assured the congressmen and women that Robinhood would do everything in its power to create a good customer experience and that the collateral money the company had raised in the wake of the GameStop fiasco would ensure that if other “Black Swan” events happened, the company would be ready.

“The orders that are allocated amongst the market makers today are allocated principally on the basis of price improvement. We have fought for 15 years to make that the basis by which orders are allocated because we strongly believe that Citadel is able to provide a better execution for retail orders in the long run,” explained Griffin.

Griffin claimed Citadel gives consumers the best possible deal because it provides better execution quality than exchanges as exchanges are limited in their ability to do business by regulatory mandate.

“Exchanges by law have a minimum 1 cent wide market, which for low priced securities means that they are less competitive than they otherwise could be,” explained Griffin.

Later in the hearing, Schulp reiterating Griffin’s point about how the pay-for-order flow arrangement is good for the consumer.

“I do think that the payment for order flow and the price improvements have largely been good for improvements for customers, and I agree with Mr. Griffin that this has helped drive innovation in the industry. I think disclosure can always be better. I think people should understand that their broker still needs to make money even if they’re providing a zero Commission trading service,” said Schulp.

Rep. Waters assured the committee members that this was merely the first hearing in a sequence of many to address these issues. Despite a lack of answers and resolutions, consumers should note that few congressmen seem to believe that retail investors can manage their own money.