RECAP: Lunch and Learn – Private Policies and Public Power: When Banks Act as Regulators within a Regime of Privilege Confirmation 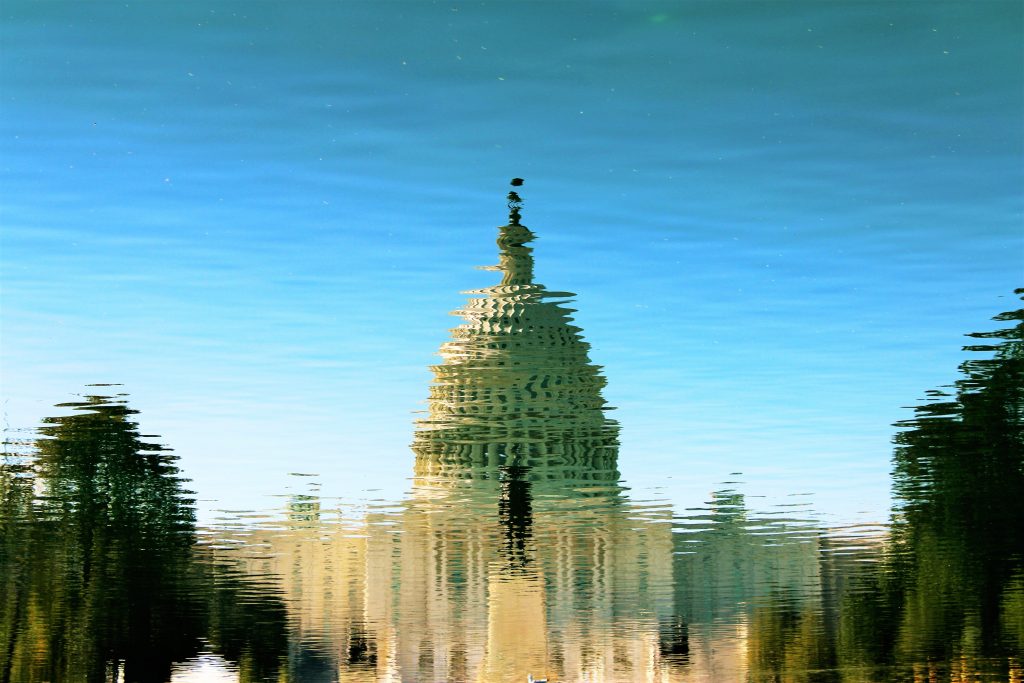 On Oct. 7, Consumers’ Research’s Executive Director Will Hild hosted Brian Knight from George Mason University’s Mercatus Center to discuss his paper “Private Policies and Public Power: When Banks Act as Regulators within a Regime of Privilege.”

The paper, co-authored by Trace Mitchell, examines the current trend of banks misusing their public power, granted to them to facilitate lawful commerce, to regulate downstream markets.

The discussion started by identifying the phenomenon that sparked this paper for Brian Knight.

“The genesis of this paper for me was in the wake of the Parkland shooting you saw a journalist at the New York Times wrote an article basically saying that if Congress won’t regulate guns more strictly, banks can. If banks want, they can pose a new set of rules on the firearm industry because they control, or they are an essential component of commerce,” explained Knight.

Knight pointed out that Citi Bank announced shortly after that it would withhold payments from firearm businesses unless they adhered to more stringent regulations. Additionally, Bank of America announced that it would not do business with firms that sold military-style rifles to civilians.

Knight pointed out that banks are somewhat unique in their role in America.

“Banking is always, was, and probably always will be, really wrapped around public policy and vice versa. Banks, unlike most other businesses, if you want to stand up a bank, you need the government’s permission, and it is a somewhat subjective and discretionary decision on the part of the government as to whether or not they are going to let you get into the business,” said Knight.

Knight went on to say that not only is there a high barrier of entry to banking, but it is also difficult to fail out of the banking industry with government bailouts and the distinct regulatory privileges afforded to banks.

In response to Hild’s questioning about the incentives and disincentives that the government gives to banks, Knight back-tracked his argument to point out that “one of the functions that banks should form is serving as a de facto regulator.”

“We are making this choice not because we think that firearms, or whatever, are unprofitable but because we want to see the change in the downstream market. We want things that are currently available to become less or not available, and we want things that are currently, in our mind, that are underused to be more… it is not just a purely internal profit and loss decision, it’s we want to change the world, and we have some power to do it,” said Knight.

Later on in the discussion, Knight explained how banks supplement actual regulatory policy coming from Congress and how these practices are problematic.

According to Knight, the powers afforded to banks are being used in ways that are contrary to their intended purpose. The methods by which banks function are provided to them through public policy and are not consistent with being used as a conduit of coercion.

“The scope of a functioning economy is determined by what people want to buy and sell and what through the legal and regulatory process we decide is legal or illegal subject to constitutional limitation,” said Knight. “And banks are downstream of that and if they either because of their leadership’s opinion, employee’s opinion, interest group opinion, other large customer’s opinion saying, ‘you need to crimp the hose for this legal, but we don’t like it industry’ then the question is: is this an appropriate use of the power that we have given banks?”

Hild asked what potential solutions exist for the banking industry’s regulatory problem, to which Knight responded with three possible answers.

First, Knight offered his least workable but most philosophically favorable option. His first option was to make banking a genuinely free market. The concerns center around using public power to push private preferences, but if the public power is taken away, any market power earned by these banks is earned in a truly free market.

“Politically, that is probably a nonstarter… we got to where we are now because through various crises people decided that this was the best option to address a very real problem,” said Knight. “In the middle ground, what you could say is, something along the lines of ‘well look banks if you want to play private regulator that’s ok, but you can’t use these public benefits, you can use alternative private benefits.’ You don’t get FDIC insurance; you have to go get private insurance, you don’t get to use the Fed’s payment system, you have to find a truly private payment system.”

Finally, Knight suggests that the least desirable philosophically but easiest to achieve would be to extend the concept of anti-discrimination law to prohibit banks from making decisions that are de facto regulations. It would prevent the banks from taking certain criteria into account when deciding how to proceed with clients.

Knight admits all the options have certain downsides that can make implementation difficult or create other tangential problems.

Hild also asked a question from the audience to Knight: “If enough companies are to lose their ability to bank at current banks, what’s to stop some enterprising individual from opening a bank just to serve those disaffect customers?”

Knight identified both regulatory and practical hurdles for such individuals.

“The regulatory hurdles are that you need a charter and those are granted at the chartering agencies’, state or federal, discretion, and it takes a long time… to actually serve these companies, practically, you’re going to need FDIC insurance, and that’s a separate process, and they have to sign-off, and they have discretion,” said Knight. “Then you get into the practical question of is there enough of a market here? Can you cobble together enough of a market to be a viable business serving just these firms?”

Knight claimed that the regulatory and practical problems would make such a solution challenging in reality and that there should be a large amount of skepticism in this area.