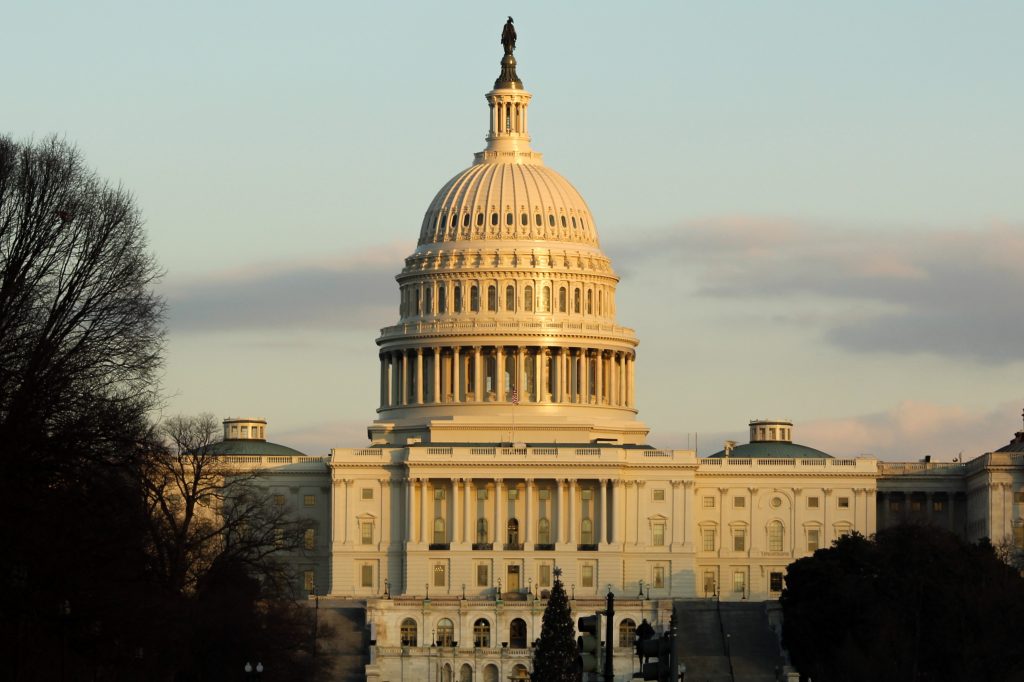 The hearing’s focus was to facilitate an inquiry into Section 230 of the Communications Decency Act and address the concerns that Section 230 needs updating to accommodate the robust exchange of ideas on the internet in the modern era.

As is common practice for most of the congressional hearings happening in recent months, senators on both sides of the aisle used the hearing to accuse the big tech companies of pushing political agendas on the right. In contrast, the left accused them of not doing enough to stop misinformation.

“Mr. Dorsey, your platform allows foreign dictators to post propaganda typically without restriction, yet you routinely restrict the president of the United States,” said Sen. Wicker.

The regulation of President Donald Trump’s Twitter account took a front seat for many Republican Senators as they continuously inquired into the policy that Twitter uses to regulate information from right and left-wing political officials.

“We don’t have a policy against misinformation. We have a policy against misinformation in three categories, which are manipulated media, public health, specifically COVID, and civic integrity election interference and voter suppression. That is all we have policy on for misleading information. We do not have also or enforcement for any other types of misleading information you are mentioning,” said Dorsey in an attempt to clarify the measures that Twitter has in place.

While the conversation between the senators and the witnesses often steered into the political grandstanding realm, Sen. Cory Gardner (R-CO) managed to return his line of questioning to the core issue before the committee that day.

“We have to be very careful and not rush to legislate in ways that stifle speech. You can delete Facebook, turn off Twitter, or try to ditch Google, but you cannot unsubscribe from government censors. Congress should be focused on encouraging speech, not restricting it. The Supreme Court has tried teaching us that lesson time and time again, and the Constitution demands that we remember it,” said Sen. Gardner.

The hearing also turned away from Section 230 under Sen. Amy Klobuchar’s (D-MN) questioning of Google CEO Sundar Pichai. She raised another politically pertinent issue of the recent Department of Justice anti-trust lawsuit against the company.

“Mr. Pichai, I have not really liked your response to the lawsuit and what’s been happening. I think we needed a change in competition policy for this country. I hope I’ll be able to ask you more about it at the Judiciary Committee, and I think your response isn’t just offensive, it’s been defiant to the Justice Department… you control almost 90 percent of all general search engine queries, 70 percent of the search advertising market don’t you see these practices as anti-competitive?” said Sen. Klobuchar.

Pichai’s response to Sen. Klobuchar resolved very little of the tension over the issue as he merely reassured the Senator that there was robust competition in many of categories of the market in which Google operates.

“You have the power to force a media out, and let’s be clear the New York Post isn’t just some random guy tweeting, the New York Post has the fourth-highest circulation of any newspaper in America. The New York Post is over 200 years old. The New York Post was founded by Alexander Hamilton, and your position is that that you can sit in Silicon Valley and demand of the media, but you can tell them what stories they can publish, and you could tell the American people what reporting breaking here is that right?” said Sen. Cruz.

Following Dorsey’s denial of Sen. Cruz’s characterization of Twitter’s actions, an agitated Sen. Cruz retorted in one of the most incendiary statements before the committee.

“Mr. Dorsey, who the hell elected you and put you in charge of what the media are allowed to report and what the American people are allowed to hear, and why do you persist in behaving as a Democratic super PAC silencing views to the contrary of your political beliefs?” responded Sen. Cruz.

In one of the most substantive exchanges during the hearing, Sen. Shelley Moore Capito (R-WV) prompted the CEO to ask how they would redefine parts of the law to make determinations more objective.

Sen. Capito asked, “It says that it’s the term is ‘objectionable content’ or ‘otherwise objectionable’ would you be in favor of defining that more specifically?”

While each of the CEO’s had slightly varied answers, it was Zuckerberg who provided the most clarity for why the broad language of the law benefits Facebook users.

“When I look at the written language in Section 230, and the content that we think shouldn’t be allowed on our services some of the things that we bucket in otherwise objectionable content today include general bullying and harassment of people on the platform…I would worry that some of the proposals that suggest getting rid of the phrase otherwise objectionable from Section 230 would limit our ability to remove bullying and harassing content from our platforms, which I think would make them worse places for people, so I think we need to be very careful in how we think through that,” said Zuckerberg.

While the hearing continually strayed from inquiries into Section 230 and appropriate measures for Congress to regulate the practices of big tech, the comments of the senators did highlight major concerns over big tech’s ability to moderate speech without Congressional oversight.