Press Release: Americans Say They Expect to be Merrier This Holiday Season 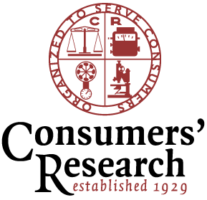 Washington, D.C.—December 6, 2018-There seems to be a bit more merriment in the air this year. A new Consumers’ Research survey finds that compared to previous years, more Americans think this holiday season will be the merriest it could possibly be. Additionally, consumers continue to prioritize spending time with loved ones over having money and other material gifts.

“While it is hard to pinpoint exactly why there is more merriment than in past years, one possible explanation could be that more people are enjoying the benefits of a strong economy, which includes having higher wages and more buying power,” said Kyle Burgess, Executive Director, Consumers’ Research. “It is also possible that many Americans, unhappy with the current political climate, could be feeling less anxious after the midterm elections,” Burgess added.

How important are each of the following activities to you during the holidays?

How desirable do you find the following holiday gifts?

Using the same scale of 1-10, with 10 being the highest rating, respondents identified “quality time with loved ones” as the most desirable gift, with 68% putting it at the top of their wish list. Money was a distant second place (29%), followed by getting a handmade gift (25%), receiving a gift card (22%), a monetary investment such as an IRA (20%), a charitable donation made in one’s name (16%) and a store-bought gift (14%).

Other notable survey findings include:

“Consumers want to take advantage of the variety of shopping experiences available to them,” Burgess said. “While online shopping will continue to remain very popular, the in-store shopping experience gives people the ability to socialize, enjoy the festive atmosphere, and purchase last-minute gifts. This is all consistent with the general mood and continued desire to be with people this holiday season.”

Consumers’ Research, founded in 1929, is the nation’s oldest consumer organization that seeks to increase the knowledge and understanding of issues, policies, products, and services of concern to consumers. For more information visit: http://consumersresearch.

The survey was conducted from November 15-18, 2018 using the AmeriSpeak® Panel. AmeriSpeak® is NORC’s probability-based panel designed to be representative of the U.S. household population, which sets it apart from traditional “opt-in” or “convenience” panels. Interviews of approximately 1,000 U.S. adults (18+) was conducted both online and by telephone. The margin of error on weighted data is +/- 3 percentage points for the full sample.