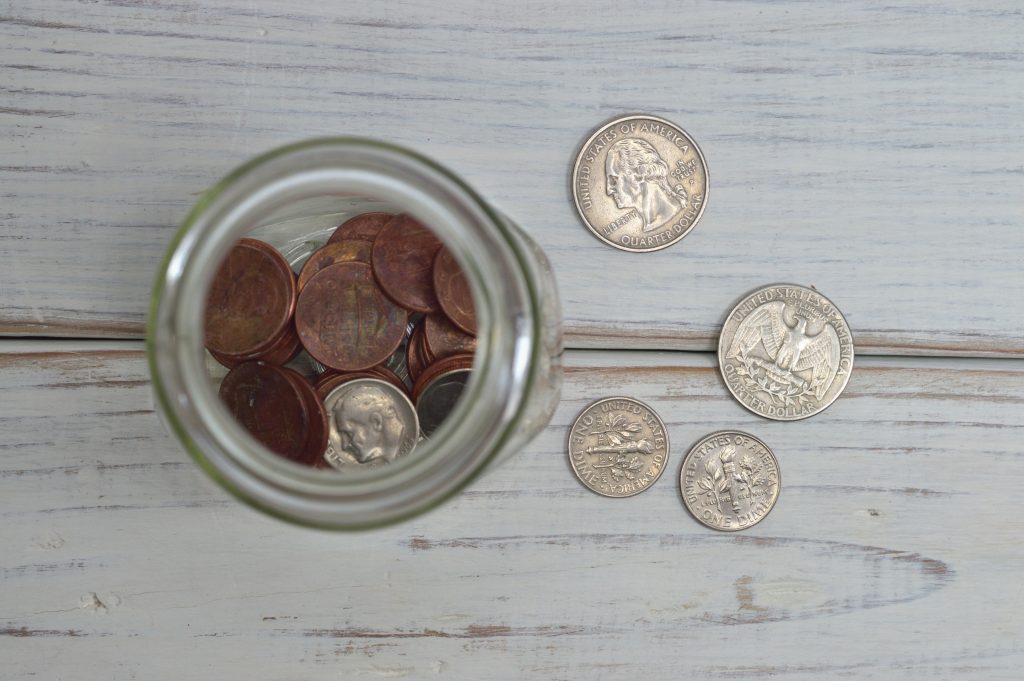 Recently, businesses are posting signs asking customers to pay with either exact change or with card.

That is because the country is facing a national coin shortage. According to the Federal Reserve, the pandemic has caused a slowdown in the natural flow of coinage through the economy.

“What’s happened is that, with the partial closure of the economy, the flow of coins through the economy has gotten all — it’s kind of stopped,” Federal Reserve chairman Jerome Powell said during a virtual hearing with the House Financial Services Committee in June.

Coins aren’t the only supply chain to be interrupted during the pandemic. Both toilet paper and meat were major markets that experienced noticeable shortages as the national economy shut down.

Many businesses now only accept exact change or card payments at checkout. Some say it was a natural transition given the shift in consumer habits. However, the move has also worsened the shortage.

“A lot of folks shifted the way they paid after the coronavirus outbreak,” Cary Whaley, vice president at Independent Community Bankers of America, told Fortune. “They weren’t paying in cash, so they weren’t taking it to restaurants and banks and getting it into circulation.”

Still, some consumers and businesses depend on coins.

According to the New York Times, parking meters, vending machines, and campground showers are just a few of the services that rely on the currency.

The shortage could also negatively impact low-income consumers who exclusively use cash and coin payments, small businesses that only accept cash, and chains like Dollar Tree that cater to lower incomes.

Some stores now ask customers to round up purchases to the nearest dollar to support charities. Others outright pay customers for change to address the issue.

One Wisconsin bank is issuing a ‘Coin Buy Back Program’ which pays $5 for every $100 worth of coins traded into the bank.

“We knew we needed to figure something out. We hate the idea of telling our customers, ‘No, we can’t give you one of the services we’re proud to provide,’ so we came up with a creative way to get things done,” Community State Bank Vice President Neil Buchanan told CNN. “Just because this hasn’t been done before doesn’t mean it isn’t going to work — and it has already made a huge difference.”

The pandemic has likely accelerated a shift to contactless payment forms and a greater expansion of virtual cash payments. The shortage comes during a long-term movement away from physical currency and could re-spark conversation about the viability of the penny.

“The Covid-19 pandemic has highlighted both the progress achieved and the remaining shortcomings in payments,” according to a report from the Bank for International Settlements. “The crisis has amplified calls for greater access to digital payments by vulnerable groups and for more inclusive, lower-cost payment services going forward.”