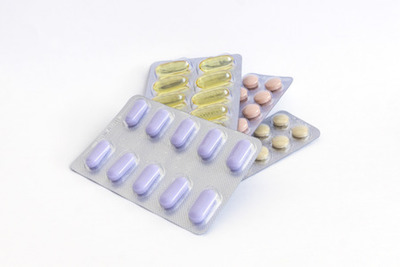 Healthcare is an issue that everyone in the United States worries about, regardless of their occupation. These concerns are hardly surprising when, despite slower insurance premium growth, deductibles have soared in recent years – by 49 percent according to the Kaiser Family Foundation, a health policy focused non-partisan think tank. Higher deductibles, on which a majority (51 percent) of covered workers are spending at least $1,000 per year, mean that these double-digit rises have put every-day Americans face-to-face with one of the largest contributors to increasing health costs: rising prescription drug prices.

Having to pay a higher deductible means having to pay more out of pocket for health-related costs and many people, particularly those with chronic ailments or with larger families, are often on the hook for thousands of dollars of medical bills. The simple truth about drug pricing is that it is often so complicated and convoluted that even government sponsored systems, such as Medicare and Medicaid, are unable to adequately recognize systematic overcharging, even when it may be more than billions of dollars. It is also very difficult for medical professionals, regulators, and the general public to get a clear idea of why drugs cost what they do.

This lack of pricing clarity, unfortunately, may be what happened in the case of Medicaid and Mylan’s EpiPen.

Jonathan Rockoff of The Wall Street Journal reported that a government watchdog found the company overcharged Medicaid about $1.27 billion dollars over the course of 2006 to 2016 for the allergic reaction treatment. Mylan, which has been no stranger to controversy after the price hike of the EpiPen made the headlines last year, has not reached an official settlement amount yet. The price hike, which caused the drug to spike to $609 for a two-pack, caused considerable public backlash, culminating in a Congressional hearing and subsequent release of a generic EpiPen at half of the list price.

Certain, often very expensive drugs, companies argue, are still cheaper than the long term medical and upkeep costs of dealing with a condition like Hepatitis C.

While many drugs that are very expensive treat long-term, serious conditions like Hepatitis C, there are many examples of non-essential, more “cosmetic” drugs that have undergone price hikes as high as 2,000 percent. Even drugs for more serious ailments such as Type 2 Diabetes increased in price by 800 percent, according to Emma Court of Marketwatch. Valeant, the firm behind some of these price hikes, was sued in August 2016 under a racketeering statute over the raises and their conduct towards both patients and providers. The suit read as follows:

“Valeant was able to implement many of these price hikes because it was simultaneously steering patients and physicians away from generic equivalents and toward Valeant-branded drugs through its secretly controlled network of pharmacies led by Philidor,”

This excerpt shows the level of interconnectedness between pharmaceutical companies, pharmacies, and other providers, and how drug companies can use their sway to influence consumers to pay higher prices. In particular, seniors on Medicare Part D are quite vulnerable due to greater demand for drugs that deal with chronic and more serious, age-sensitive conditions. Annual out of pocket costs for 220 different Part D drugs were over $1,000 in 2015, according to Joseph Walker of The Wall Street Journal. Additionally, average out of pocket costs for a drug purchased through Part D was $117 in 2015, Walker reported. Seniors, many of whom have limited savings and low income, are having to dip further into their shallow pockets and, because Medicare Part D spending is growing at a much higher rate than all other areas of Medicare spending, this trend is likely to worsen over the next decade.

There are, however, some other reasons behind companies’ decisions to price their drugs (other than the profit motive).

The Tufts Center for the Study of Drug Development has noted that the cost of researching drugs has reached over $2.5 billion, along with post R&D costs at well over $300 million. These high costs are due to lengthy research times (often more than a decade), the substantial costs of gaining government approval, and increasing complexity of the problems that these drugs are attempting to address. Finally, the US has been, and still is the leading country when it comes to medical research and development and, as a result, there could be some investment and research flight to other nations if more stringent price controls are passed. It could be argued that even if circumstances here were to change, drugs would still eventually be developed elsewhere, but this is still an important factors to consider.

Katie Thomas of The New York Times reported that generic drugs proposals are making headway through Congress this year. Many of the drugs that have had their prices hiked face no real competition within their respective markets, allowing the brand-name companies to charge higher prices than would be feasible in a more competitive market. Therefore, generic drug-based alternatives are being looked into by lawmakers. Proposed solutions include speeding up the approval process for generic drugs and even allowing the importation of generic drugs from abroad, as many other countries allow. These plans do not combat the influence that massive, brand-name pharmaceutical companies have on the drug market, and some critics have said that their influence would be small. President Trump has made remarks suggesting that the federal government be given greater power to negotiate directly with drug companies to help bring prices down. The new Food and Drug Administration (FDA) commissioner, Scott Gottlieb, has stated he will make speeding generic drug approvals a priority of his tenure at the FDA.