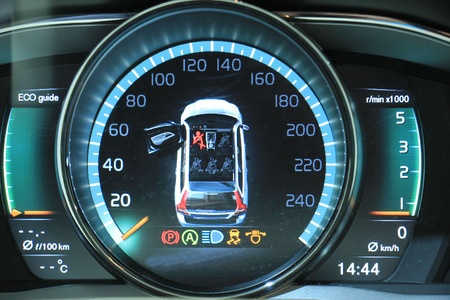 A group of automotive industry and transportation experts held a panel discussion on Wednesday, January 23 to kick off several days of events for the Washington Auto Show. MobilityTalks on The Hill, moderated by Reuters reporter David Shepardson and held in the Kennedy Caucus Room of the Russell Senate Office Building, dealt with the issues surrounding consumer rollout of autonomous vehicles (AVs).

Panelists included Rachel Bhattacharya, Chief Growth Office for General Motors’ car-sharing subsidiary Maven, Oliver Carsten, Professor of Transport Safety at the University of Leeds, John Maddox of the American Center for Mobility, and Xiaojing Wang, Chairman of the China Intelligent Transport System. Below are paraphrased questions from the event, with paraphrased responses from panelists.

Bhattacharya stated that safety is very important for GM’s approach, and noted that GM’s approach seeks to take into account the “whole urban environment.” Carsten called for “innovation with safety,” and said the public expects driverless cars to be “perfectly safe.” Deaths on public transportation (such as the recent fatal Amtrak derailment) get more attention than the more frequent traffic fatalities, Carsten said.

What is the role of autonomous vehicles in preventing pedestrian deaths?

Bhattacharya said that preventing pedestrian deaths is a big part of GM’s approach, and that AVs can allow us to reconsider the urban environment.

This question is important because relieving serious traffic congestion (large Chinese cities like Beijing and Shanghai have some of the worst congestion in the world) is considered a major benefit of AVs. Wang said there are two interpretations in China about this issue: one is that AVs are in fact the answer and they can do this, the other being that they can’t and that increased and improved only public transportation can truly fix the problem.

What can regulators and industry do to change the perception of AVs?

Bhattacharya noted that any new tech has problems in adoption. She predicted an “adoption curve” for AVs with young urban dwellers as the early adopters and the demographic that will have more interest in and acceptance of AVs.

Carsten noted the limitations of AVs, such as while they do not do a lot of negative things that human drivers do (like driving drunk), they can’t do some things humans can like assess the behavior or intent of a pedestrian. Humans can tell whether a person standing at the side of the road might be likely to walk into the crosswalk or whether they will wait; AVs can’t evaluate intent this way.

Maddox said that no one country or company has the right approach or answer yet. According to Carsten, interaction with pedestrians and cyclists will be a big challenge, with cyclists even more so. Cyclists tend to dart through traffic at high speeds and in patterns that AVs may have trouble with. Carsten also said that is important that drivers know what their vehicle is and is not capable of doing in an autonomous fashion (for vehicles operating with less than Level 4 or 5 autonomy). Carsten proposed a possible industry agreement for a standardized way of letting drivers know this information.

Bhattacharya said that autonomy as it relates to sharing has tremendous value. Many analysts believe that sharing platforms such as Maven will be the first destination for consumer-facing AVs. As for jobs, Maddox noted that we will “have a long, long time” until truck drivers are taken out of trucks. Maddox said that we will have to examine “what is the incentive to keep humans in the vehicles” on a case-by-case basis. For example, there are reasons for a human to be present during long-haul trucking for at least part of the journey – to assist loading and unloading material, to refuel the vehicle, for compliance with weigh stations and the like, and more. Maddox warned that regulated shouldn’t regulate based on the “knee jerk assumption” that we’ll lose jobs due to AVs.

Carsten noted that there is potential for new careers and jobs related to AVs. He said there will be more work for repair shops, as vehicles with full or partial autonomy will require replacement sensors and cameras when dented bumpers or cracked windshields are replaced.

When should we remove humans altogether? Is it better to have a hybrid system or full autonomy?

Bhattacharya noted that people will begin to rely on autonomous technology or take it for granted; drivers will rely on the driverless tech they have and then when they change cars or encounter situations their car’s tech can’t handle, they will be at a disadvantage. Carsten claimed that Level 3 autonomy is not “reliable,” and the earlier we get to Level 4, the better.

An audience member asked about whether AVs will speed or will be forced to stay the posted speed limit. Some critics of AVs have noted that they slavishly follow traffic laws, while human drivers understand that traffic laws may have to be bent slightly during the course of driving. Maddox responded by stating his opinion that AVs will have to meet human expectations for speed and may have to speed slightly to keep up with traffic. In many areas, driving exactly at the speed limit may be more dangerous than driving 5 or 10 miles above the limit, if all the other drivers are also over the limit.

Sen. Gary Peters (D-MI) gave an address to the panel and the audience later on during the event. He noted that safety is a large driving force behind legislation that has passed the House and the Senate is currently considering (the SELF DRIVE Act). Notably, Peters said that there are a few often-discussed aspects of AVs that the legislation does not address, because there is not at this point enough information out there: insurance complications, data ownership, and impacts on jobs. Peters said this change will alter the urban landscape in the same way that the first cars did 100 years ago. Peters told those in attendance that he believed it would be “not a good thing” if the Senate gets further involved in regulating self-driving vehicles in response to any sort of consumer blowback or pushback.