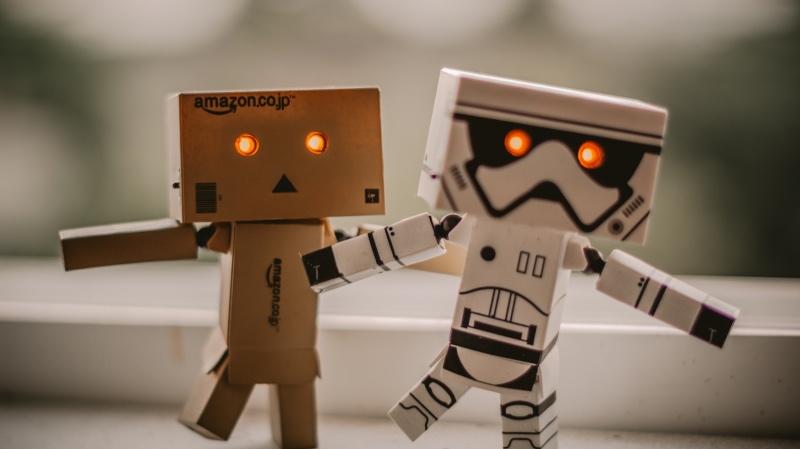 Robotics engineers want to give consumers a hand around the house — two hands, actually.

A team at the University of California Berkeley has created a pair of robotic arms that perform basic chores. Called “Blue,” the “general purpose” and “human-safe” robot has a pair of humanoid arms with a build and range of motions reflecting those of a person.

But in place of hands, Blue has pincers.

Even with just four digits, Blue can fold towels, make coffee using a Keurig, wipe up coffee spills with a paper towel, and place small bolts in a container.

Many mothers would undoubtedly appreciate such abilities in their children. Lacking free will, Blue also can’t complain.

The robot has yet another advantage over kids in regard to learning. “Unlike children, where each has to learn their own way, with robots you can have the same brain for all of them,” Professor Pieter Abbeel said.

Blue learns to perform new tasks in two ways: artificial intelligence algorithms and “deep reinforcement learning,” which refers to an instructor showing Blue what to do using a VR handset.

Unlike many industrial robots, which are rigid and rely exclusively on visual feedback, Blue is springy and uses “force feedback” when learning new tasks. Blue will allow itself, for example, to put force on a table when commanded to fold a towel, thereby getting feedback both visually and tactilely on how well it has done.

Most industrial robots are kept in safety cages so they don’t inadvertently harm human coworkers. Blue, on the other hand, is sensitive to external force.

This video shows Blue giving way easily to guidance and shoving from humans. Because of this feature, Blue lacks some power and precision, but its creators believe Blue’s value lies with its brain rather than its brawn.

Coming to a Home Near You

The only remaining question is whether Blue can learn to give a killer Swedish massage.