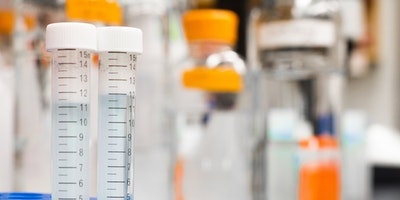 Recently, researchers have announced noteworthy innovations in treatments for HIV, spinal trauma, and skin cancer. Read on for briefs on each.

On Sept. 21, Molecular Therapy reported the success of a new HIV cell therapy technique in its first human trial.

The technique that the scientists tested does not cure HIV but aims to prevent infection when coupled with antiretroviral therapy (ART). The study, according to one of its University of North Carolina researchers, was “focused on finding a way to re-educate the body’s immune system” to better fight HIV.

The immunotherapy involves removing T cells (a type of white blood cell) from the patient. Scientists then build these cells’ ability to fight HIV, multiply them, and then reintroduce them to the body.

Testing found that the new method was safe and effective at keeping HIV infections dormant in the body. Additionally, the new immunotherapy improved the immune system’s ability to fight HIV infections.

The next step, according to Julia Sung, another UNC researcher, is to “combine this immunotherapy approach with latency-reversal therapy in order to wake up the HIV out of its latent state, where it is invisible to the immune system, then clear it out with the immunotherapy.”

Currently, there is no cure for HIV. This discovery could prove to be an important step toward finding one.

A study published in the New England Journal of Medicine on Sept. 24 reported promising results regarding a treatment for paraplegics.

The study tracked four patients whose spinal injuries had completely removed their lower body motor control. Each patient was implanted with an epidural stimulator and went through 100 weeks of training. By the end, two of the patients were able to walk and all four were able to stand.

The epidural stimulator is a device that, once surgically attached near the spinal cord, supplies continuous two hertz of electric frequency to the spinal cord to activate muscles.

While this technique not yet commonly use, the study’s results are promising.

To be able to draw broader conclusions, researchers said the therapy should be conducted among a more diverse group of patients. They also suggested that more specialized stimulators could make the therapy even more effective.

According to ScienceDaily, scientists are developing a topical get to treat melanoma, the most dangerous form of skin cancer.

Traditional cancer treatments such as chemotherapy and radiation therapy often carry harsh side effects that this gel would aim to avoid. The team wanted to find a way to apply a solution directly to the site of a tumor, effectively making this treatment faster and less intrusive than surgery.

For testing, the team painted the gel onto tumors of mice with melanoma once a day. It also injected a tumor treatment drug, paclitaxel, every other day. After a 12-day trial, the tumors in mice painted with the gel were half the size of tumors in mice treated only with paclitaxel.

The product is still in its early stages. Next up, researchers will be trying to discover the long-term effects and potential side effects of the treatment. After that, if the gel is found to be safe and effective, human testing will begin.