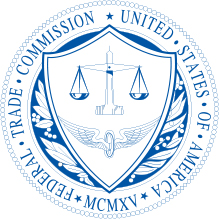 Both officials highlighted their agency’s record on antitrust cases in recent years.

Meanwhile, Simmons focused on the FTC’s record of successfully challenging mergers. In a written statement, he said, “Since the beginning of FY [fiscal year] 2017, the Commission has challenged 48 mergers. Although many of these cases were resolved through settlements, in the last year alone, the Commission sued to block five mergers, and each of these matters required a significant commitment of resources to prepare for litigation.”

The witnesses also highlighted their respective agency’s commitment to fostering competition outside of enforcement.

Simmons touted the FTC’s recent series of public hearings called “Competition and Consumer Protection in the 21st Century.” According to him, the FTC needs to “consider whether broad-based changes in the economy, evolving business practices, new technologies, and international developments warrant adjustments to competition and consumer protection law, enforcement priorities, and policy.”

Delrahim stressed the DOJ’s initiatives to educate consumers in antitrust law. In his written statement, Delrahim said, “In addition to workshops and roundtables, the Division has also established the Jackson-Nash Addresses, a new lecture series to inspire and educate Division staff and the public about cutting-edge issues and developments in the field.”

One piece of legislation mentioned more than once was H.R. 5904, the No Oil Producing and Exporting Cartels Act of 2018. Also called NOPEC, the bill would remove several of the legislative and regulatory barriers the DOJ faces when attempting to regulate the antitrust practices of foreign companies and corporations.

The hearing did not stick entirely to antitrust issues, touching occasionally on other aspects of consumer welfare. Incoming Ranking Member Doug Collins’s line of questions addressed technical problems consumers sometimes face when accessing illegal streaming websites. Collins mentioned malware, viruses, and privacy theft in a back-and-forth exchange with Simmons and closed by promising that consumer protection on illegal streaming websites would be a priority for him during his tenure as Ranking Member of the Judiciary Committee.