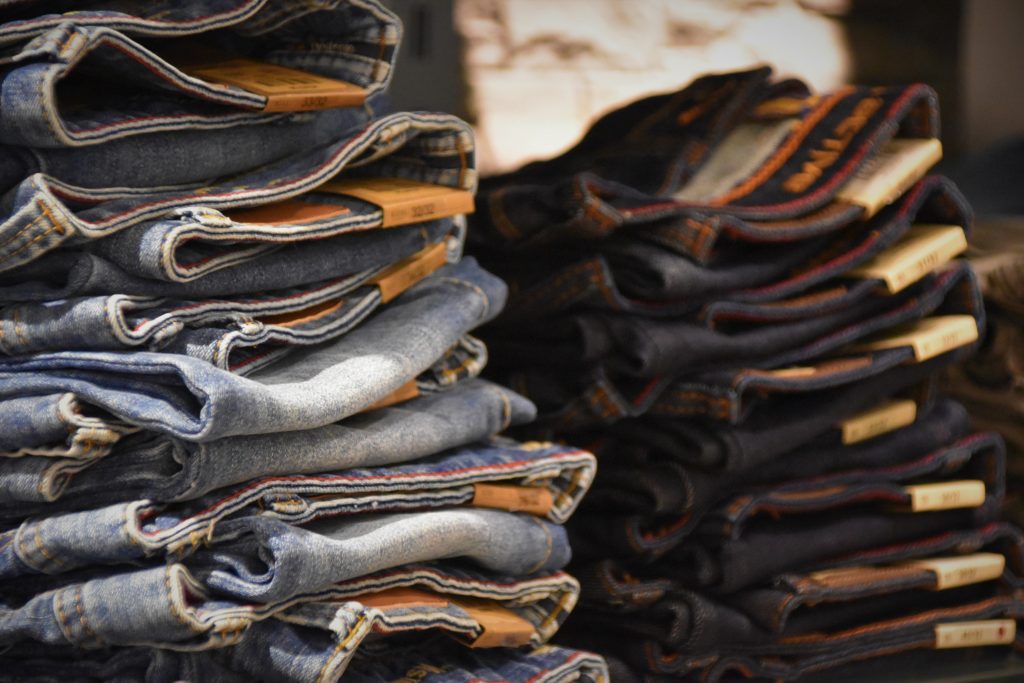 One consequence of the coronavirus you may not have expected is the disappearance of the denim industry.

One by one, companies that rely heavily on jeans sales started to declare bankruptcy as shelter-in-place orders and business closures stretched on into the summer.

The first to fall was a newly relaunched denim brand BLDWN, which declared a Chapter 7 bankruptcy and laid off all its employees in March. Then True Religion Apparel Inc. filed for Chapter 11 in April and closed all its stores indefinitely, but continued online sales.

Levi Strauss and Co., the original creator of jeans, reported a 62 percent decline in revenue for Q2 and cut 15 percent of its workforce.

As denim sales plummet, clothing meant for comfort, like yoga pants and leggings, is poised to become consumers’ legwear of choice.

Overall apparel sales have been down by 40 percent, but “athleisure” brand Lululemon only saw a 17 percent drop during the same period.

As teleworking and video conferencing have replaced most in-person office work, Walmart noticed that it currently sells more tops than bottoms.

“People . . . are concerned, obviously, from the waist up. These behaviors are going to continue to change and evolve as people get accustomed to this new lifestyle.” Walmart’s executive VP of corporate affairs told Yahoo Finance.

With stores and fitting rooms closed, it may also be harder to find a pair of jeans that fit, unlike a pair of elastic sweatpants, according to Wendy Liebmann, CEO of WSL Strategic Retail.

Like many other trends, denim sales were already in decline before coronavirus accelerated the fall.

According to data from Euromonitor International, jean sales declined by about 5 percent between 2014 and 2019. Spending on upscale brands, like True Religion, Joe’s Jeans, and 7 for All Mankind were in an even steeper decline of more than 40 percent during the same period.

Speculation on the cause of the decline is extensive.

Consumers were made aware of the environmental waste and pollution associated with jean production. There were also reports of widespread sexual harassment and rape of the predominantly female garment workers in Levi’s, Wrangler, and the Children’s Place factories in Lesotho.

It could also be as simple as a change in taste with a move towards comfort and broader acceptance of more casual attire.

Some brands have come up with new ventures to restore interest in their jeans.

Levi’s is launching its “most sustainable collection ever” for the fall, made up of recycled material and organic cotton. Italian brand Diesel is trying to capitalize on the moment by releasing a pair of jeans it claims can kill coronavirus in two hours.