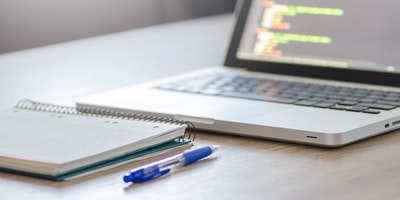 Putting words in your mouth/Word doc

Robin Sloan, a New York Times bestselling author, recently told The Times he is using a computer program of his own design to write a novel.

Here’s how it works: After Sloan begins a sentence, his AI, drawing from a database of works by other writers, suggests how he should finish it. In The Times article, Sloan begins a sentence, “The bison are gathered around the canyon,” and the AI — inspired by, among other works, the novels of John Steinbeck, the poems of Johnny Cash, and descriptions of nature from California’s Department of Fish and Wildlife — suggests “by the bare sky.”

A fine sentence, as far as they go, although “under,” rather than “by,” would seem a more appropriate preposition. (No, our pendantry knows no bounds.) Perhaps Sloan could invent another program for editing?

Sloan’s program is hardly the first attempt to automate authorship via AI.

In 2016, a novella co-written by computer scientists and an AI program made it through the first of four rounds of a Japanese literary award competition. Human authors penned the novella’s first draft. The AI then “remixed” it into a new novella.

Its title translates to English as “The Day a Computer Writes a Novel.” Although it was the AI’s first major work, the program presumably felt confident writing on such a familiar topic.

One of the contest’s judges described the novella as “well-structured” but noted its character descriptions were lacking.

Journalists have been using robots for years. The Washington Post developed Heliograf in 2016 for its coverage of the Rio Olympics and the presidential election. USA Today, Reuters, and Buzzfeed all have newsbots, which are not so much #fakenews as #fakereporters.

More recently, Google added a “Smart Compose” feature to Gmail. Like Sloan’s novel-writing program, this AI suggests words or phrases based on what a Gmail user has already typed.

One writer expressed concern to Popular Science: “The main downside, I suppose, is that it could reduce the motivation to be personally creative, and might make senders lazily opt for a sentence which isn’t really what they wanted to say.”

“Hey Siri, write a clever end to this article.”