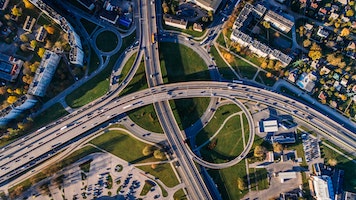 IKEA wants to leave your living room and take its show on the road.

The Swedish furniture giant recently released a handful of design concepts for self-driving cars. According to IKEA’s R&D lab Space10, the designs (strictly theoretical in nature) invite people to “envision the profound paradigm shift the development of self-driving cars could have on our everyday lives.”

To be clear, IKEA did not announce plans to build or sell self-driving cars. The designers at Space10 apparently just wanted to create some cool concepts.

Fair enough. They are pretty cool, afterall. (Can’t tell if that’s a sincere remark? That’s probably for the best.)

Space10 has its sights set higher than allowing travelers to surf Twitter or watch movies while their cars do the driving (though one of its designs does contain a kind of “augmented reality” theater). Broadly titled “Spaces on Wheels,” the designs are more reminiscent of small train cars than what one might traditionally associate with automobiles.

They include a “Café on Wheels,” a “Hotel on Wheels,” and an “Office on Wheels.” Each design takes the traditional elements of those places and condenses them into roughly the size of a large van.

Some concepts are more far-fetched than others. The “Farm on Wheels,” for instance, combines a small greenhouse with a traditional fruits-and-vegetables stand. It’s basically a farmer’s market that drives itself around. Pretty straightforward.

The “Healthcare on Wheels” design, on the other hand, shows a mobile doctor’s office with a hover-car ambulance lifting off of its roof. Way to dream big, guys.

The “Office on Wheels,” well, see for yourself how brilliant that one is.

Self-driving cars on a mission

Space10 said these self-driving “spaces” could one day “enable a more fulfilling, everyday life.” They could prove particularly handy in providing health care and food to the urban poor. That’s a goal anyone would toast a Swedish meatball to.

If these things ever do make it into the real world, let’s just hope IKEA doesn’t expect us to assemble them ourselves.