Hydration Therapy: The Future, or Just a Passing Fad? 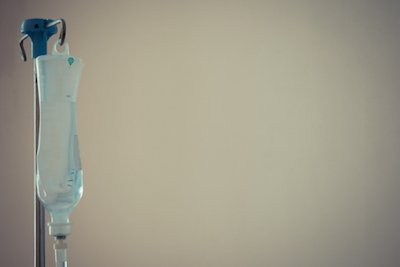 REVIV IV “Hydration Therapy,” also marketed as a “Deathbed Treatment,” is a unique treatment that administers electrolyte-packed IV fluids directly into the bloodstream. According to Dana Dovey of Medical Daily, “the treatment infuses people with a combination of water and nutrients,” and proponents claim it helps with everything from athletic fatigue to hangover relief and general tiredness.

The people behind the I.V. Doc, an IV treatment provider, claim it will treat its patients an array of problems such as the flu, jetlag, fatigue from exercise, food poisoning, hangovers, and more. Another selling point I.V. Doc highlights is that it is quick, convenient (offering services that will come to you), and effective.

While this treatment may not represent the most orthodox approach to treatment, some medical professionals believe it is credible. Recovery Hydration Therapy’s website notes that two “board-certified physicians with a combined 30 years of medical experience” own the rights to the treatment. The hydration therapy treatment package includes up to 2000 ml lactated ringers or a standard saline solution, and every appointment comes with a consultation.

In addition to the REVIV IV, there is a bevy of services to choose from. The company advertises its most basic and inexpensive cleanse as the fastest way to combat dehydration. Its detox serviceaims to counter fatigue and discomfort. The refresh IV is supposed to provide “a boost of energy” and the “Super Vitamin B injection” purportedly energizes and promotes cell growth and development. For the revive service, each treatment lasts approximately 45 minutes and comes with a $269 price tag which covers the three types of medicine: anti-nausea (Zofran), anti-heartburn (Pepcid), and anti-inflammatory (Toradol).

A number of IV treatments are marketed as hangover relief. Dr. Maurice Beer, integrative MD and chief medical officer of the Hangover Club, which administers IV treatments for hangovers, said “I know from years of clinical experience and from the decades of experience from other medical practitioners that IV nutrient therapy in combination with hydration is effective for people.”

The reviews on this product are generally positive. Melissa from Scottsdale writes: “Amazing! I have been having thyroid problems, which is causing vitamin deficiency and dehydration. Shelby arrived on time, she was discreet, professional and painless.” Another review adds “As a person who suffers from severe chronic migraines I was extremely happy when I found IV Revival. An extremely professional nurse arrived in less than one hour, and within 30 minutes I was on my way to a complete recovery.” One thing that most of the reviews have in common is the praise for how quick, and efficient the treatment is.

The IV Doc’s website seeks to give some insight into the effectiveness of the IV treatment claiming that IV hydration is 100 percent absorbed, while oral intake of fluids and vitamins have an absorption rate of around 55 percent. This would mean that taking a drug via IV injection would make it more effective than via oral ingestion. Though a relatively new practice, hydration therapy is becoming increasingly popular and is making waves in several major U.S. cities and international locations. Hydration therapy is now available in New York, Chicago, Los Angeles, San Francisco, and Denver as well as Ibiza and London. A service in Las Vegas, called “Hangover Heaven” specializes in treating hangovers with IV services, and prices range from $159 up to $500.

While many consumers generally report positive experiences, one of the leading criticisms of hydration therapy is that many of the reported positive outcomes may result from the placebo effect, where users feel better simply because they believe they are receiving effective treatment regardless of the treatment’s efficacy. Many professionals, who are critical of the effectiveness of the hydration therapy, compare it to the Myers’ cocktail treatment, where a small group of people with a muscle disorder called Fibromyalgia were treated over the course of eight weeks.

In this study, half of the 34 participants received the Myers’ intravenous cocktail of vitamins and minerals for a total of eight weeks, and the other half received a standard solution without vitamins. At the end of the eight weeks, people in both groups reported relief and said they felt healthier. Moreover, according to doctor and Yale researcher Ather Ali, injections other invasive procedures often generate a stronger placebo effect than dummy pills do.

Other critics of the treatment doubt whether it is truly helpful. According to U.S. News & World Report, Dr. Ernest Brown, a family medicine physician in Washington, D.C. who runs a house-call service called Doctors to You, said, “I think it’s being promoted too much, and the profit potential is driving it.” Dr. Stephen Parnis, vice president of the Australian Medical Association, described the treatments as a “total waste of time and money” and said that they could be harmful, noting, “the harm most commonly caused would be from the unnecessary injection of a cannula into someone’s vein.” Dovey noted that any IV procedure comes with risks , such as the risk of infection, bruising, or possibly even a blood clot or inflammation of the vein.

While hydration therapy may not be the most orthodox way of seeking treatment for minor maladies, it does seem to be very quick and potentially less expensive than certain clinic visits. However, consumers should keep in mind that it is not a cure-all and they should seek professional medical attention for more serious ailments or if they do not recover. Also, consumers choosing to patronize an IV service should make sure it is professional, above-board, and clean. Dovey encourages consumers who try the treatment to make sure they only patronize services that use trained medical professionals.