D.C’s Smart People Have Ideas on How to Fix the Internet: Part Two 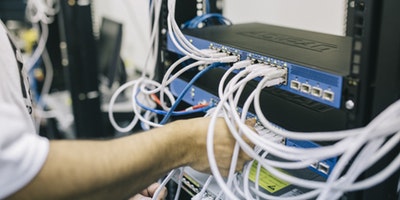 This is Part Two of a two-part series covering Georgetown University’s event on May 8 focused on the economics of the Internet, and how policy can address the press questions facing today’s Internet. Find Part One here.

How Do Economics and Policy Relate to Each Other?

Robert Hahn explored a few issues in the way we address the Internet from a policy perspective. He said that, “big isn’t necessarily bad,” and observed that consumers can get a lot of benefit from large firms, consolidation, and economies of scale, it doesn’t mean that large companies should “get a pass,” and government should be mindful that those companies don’t  take advantage of their dominant position in the market.

Hahn stated that incentives matter when it comes to Internet deployment – if firms are allowed to charge more or charge differentially based on traffic or on when the Internet is congested, that isn’t necessarily a bad thing because there are incentives for investment. Hahn used the example of charging more for tolls on a highway that is congested, or the “polluter pays,” principle in environmental policy.

When discussing changing policy, Hahn noted that it is important to think about policies that will not necessarily change when the balance of power in Washington changes, and that Congress, when it is regulating dynamic industries such as the Internet, considers not just what prices are today but how they will change in the future.  He also observed that perceived “instability” in regulation can result in uncertainty in economic growth.

Hahn concluded by discussing what he perceives as a “first, do no harm” theory of policy. He noted that there is a lot that policymakers, academics, and the general public don’t know about the Internet – for example, we don’t know exactly what consumers are willing to pay for increased privacy – Hahn’s conjecture is that consumers aren’t actually willing to pay much for privacy.” Another “unknown” on the Internet is what the real benefit people get from edge providers or “FAANG” companies (Facebook, Apple, Amazon, Netflix, Google).

How Has the Advertising Market Changed, and How Has This Impacted The Internet?

Jonathan Kanter explored how the advertising market has changed, and how this has affected the Internet. When newspapers went online, Kanter noted, views went up but ad revenue went down. This counter-intuitive relationship can be explained by the fact that online ad markets are not the same as offline markets.

Kanter explained how the online ad market used to resemble the offline market. One party has a website that attracts viewers, and the site owner markets to advertisers. Advertisers offer to place ads on that website. The downsides of that system are that it is time consuming, it results in unsold website ad space, involves imprecise ad targeting, and it is hard to measure ads’ effectiveness.

Today, advertisers are starting to buy audience instead of content – meaning advertisers have little or no context about the sites on which their ads appear. The advertiser now does not have a relationship with the publisher, their relationship is with an intermediary (like Google). “Programmatic advertising” is a new way for advertisers to buy space to reach particular audiences, all over web rather than on specific websites. The intermediaries gradually get a larger and larger share of revenue. Advertisers lose a relationship with where their ads are published – what is important to them is just that the ads are positioned to reach a certain number of people at a certain frequency (e.g. “this ad will be seen by 5,000 people, twice per day). The industry is trending towards an “ad tech pipeline” dominated by one company. Through both acquisition and organic growth, Google now controls the main, most popular technologies at every point in the system.

In response to a question from the audience regarding why newspaper ad revenue hasn’t balanced out or gone up, Kanter noted that beforehand, brands wanted to associate themselves with the brand of the news provider. For example, a brand would decide that they wanted readers of the New York Times to buy their product – and so they would advertise with that paper. Now, ads are distributed through an aggregator on many different websites, and the “brand” of the website doesn’t matter as much. Advertisers care about getting eyes or clicks on their ads – Kanter said, “You get rewarded for clickbait.

An audience member then asked the participants to comment on the FCC’s rural Internet policies, and whether the emphasis on speed above all else is damaging to rural communities. She stated that many of the applications rural broadband is being considered for – health information, job applications, etc., can be done on a low speed.

Hahn asked, “what problem are we trying to solve in supplying rural parts of the U.S. with broadband?” If the answer to that question is that those areas are low-income, then Hahn supported the idea of a voucher of some kind then let “the market figure things out.” Hahn emphasized the importance of determining what speed people are reasonably willing to pay for, rather than “than treating speed as some kind of holy grail.”

Wallsten noted the “political economy” of expanding universal service, and that the point is not as much to bring service but rather to bring subsidies for rural telephone companies. Abernathy asserted that there may be different solutions to bring rural access to the Internet than to invest in expensive broadband infrastructure.