D.C’s Smart People Have Ideas on How to Fix the Internet: Part One 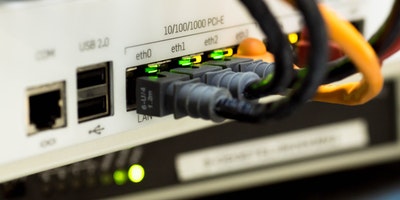 On May 8, 2018, the Center for Business & Public Policy (CBPP) at Georgetown University’s McDonough School of Business held an event on public policy and the Internet. This is Part One of a two-part series covering the event. Find Part Two here.

The event, titled, “Understanding the Basic Economics of the Internet: Building a Foundation for 21st Century Public Policy,” featured five experienced and well-regarded voices in telecommunications public policy today: John Mayo, professor of Economics, Business, and Public Policy at Georgetown and the Executive Director of the CBPP; Robert Hahn, a visiting professor at the University of Oxford, a senior policy scholar with the CBPP, and a senior fellow at the Brookings Institution; Scott Wallsten, President and senior fellow at the Technology Policy Institute and a senior policy scholar at the CBPP; and Jonathan Kanter, a partner in the Antitrust Group of law form Paul Weiss Rifkind Wharton & Garrison LLP. Kathleen Abernathy, special counsel for Wilkinson Barker Knauer, LLP, and a former FCC Commissioner from 2001 to 2005, moderated the event.

Exploring the Economics of the Internet

Mayo noted that there is a lot of “noise” out there regarding the economics of the Internet, particularly regarding controversial policy actions like the FCC’s Open Internet Order (and its later repeal). Mayo exhorted the audience and the public to, “understand the fundamental economic facts of this economic sector and make your own – improved – decisions.”

He laid out a simple explainer of the issues that are important when it comes to the Internet, as well as the economic fundamentals of the Internet. Prices, quality, investment, and competition are the most important aspects of the Internet landscape, according to Mayo.

He broke down the fundamentals into: demand, supply, and price/pricing models. Demand includes the aggregate, such as Cisco’s forecast that global IP traffic will have a compound annual growth rate of 24 percent over 2016 to 2021. It also includes firm-level demand, such as Google’s now 3.5 billion searches per day, and YouTube’s 5 billion videos watched per day. Mayo also noted that mobile data consumption has grown 35-fold since 2010.

Mayo broke down supply into deployment data (including both wire line and wireless satellite Internet), indicators of future capacity (such as investment and spectrum development), competition (“the propensity to expand”), and geographic heterogeneity of services.

What does a “Free” Internet Really Mean?

Mayo then explored the pricing principles for economic efficiency on the Internet, laying out three such principles:

Mayo then discussed the different meanings of “free.” According to Mayo, when we say we want to a service to be “free” it can mean several different things. In its purest form, it means something for which the out of pocket cost is zero: such as an online search for a hotel, or a traffic app. However, free can get complicated: for example, free shipping sounds free, but are you paying the price of shipping in the product? Buy-one-get-one-free sales sound like they involve something that is free, but it requires the purchase of one product to get another for “free.”

Another thing to consider when thinking about “free” products is opportunity costs. For example, is time spent on Facebook free? Or is it “costing” the user in terms of something else they could be doing during that time? Fellow panelist Scott Wallsten wrote a paper for the National Bureau of Economic Research on this topic which seeks to explore the sacrifices in time spent on other activities when we use the Internet.

How Much Speed Do We Really Need?

Scott Wallsten’s presentation focused on whether we really need all the bandwidth we think we do. Emailing, streaming music or video, playing online video games, and using social media all use very different levels of data. Wallsten noted that the government can subsidize gigabit connections for broadband, it may end up being wasted money. Consumers value an increase in speed up to 50 megabits per second, but beyond that they aren’t willing to pay much more.

Wallsten stressed his belief that “the perception that fast is always better is due to perception from politicians and advertising from ISPs.”

Wallsten also discussed latency, which is the delay for a bit of data to travel between computer and server. He noted that the FCC has put a penalty on latency, but satellites have bad latency due to the distances involved. Wallsten closed by noting that we should focus on demand, in addition to supply.