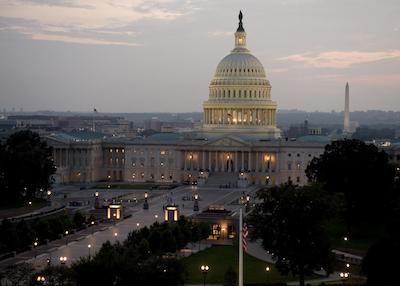 The standoff between House Financial Services Committee Chairman Jeb Hensarling (R-TX) and Senate Banking Committee Chairman Mike Crapo (R-ID) appears to have reached a conclusion. On Tuesday, Speaker of the House Paul Ryan said that “[the House and Senate] got an agreement on moving different pieces of legislation, so we will be moving the Dodd-Frank bill.” The Speaker’s announcement paves the way for a flurry of broadly bipartisan legislation to be signed in into law.

Under the agreement, the House will take up the Senate’s Dodd-Frank reform package as written – which passed the Senate in March by a 67 – 31 supermajority. In exchange, the Senate has agreed to take up several dozen House-passed provisions that are overwhelmingly bipartisan. Sensing that the window of opportunity was closing for additional financial services-related legislation, Chairman Hensarling, who is retiring at the end of the year, spent much of the previous month requesting changes in the Senate bill to incorporate dozens of bipartisan House bills that have languished in the Senate for years.

The Senate bill, S. 2155, the Economic Growth, Regulatory Relief, and Consumer Protection Act, is the first bipartisan legislation passed by either house of Congress that would make substantive changes to the Dodd-Frank Act since its passage in 2010. Moderate in scope, S. 2155 eases some of the more stringent regulatory burdens on small and midsize bankers and financial institutions. It also raises the asset threshold for banks that are considered “Systemically Important Financial Institutions”- or SIFIs – from $50 billion to $250 billion. This change could move the country away from one-size-fits-all banking regulation, allowing small banks to once again operate as such, able to address the unique needs of the individuals and communities they serve.

The bill could also spur innovation at the local level by expanding mortgage lending at small banks to a broader array of borrowers. S. 2155 allows banks and credit unions with less than $10 billion in assets to retain federal mortgage protections on loans that do not meet the definition of a “qualified mortgage,” provided that the financial institution does not sell the mortgage to a third party. This change could bring back face-to-face banking, allowing community banks to directly serve local consumers as individuals rather than as a credit score in a computer system.

While the House passed its own overhaul of the Dodd-Frank Act, called the Financial CHOICE Act, the bill passed on a partisan basis. However, the CHOICE Act also contained bipartisan provisions that Chairman Hensarling is targeting for inclusion in the agreement with the Senate. Mostly covering regulations on how small businesses can raise money, if removed from the substantive changes the CHOICE Act would make to Dodd-Frank, Hensarling would likely be able to pass a package of bills that would garner broad bipartisan support.

While the collective package is far from finalized, it does appear that the two chairmen will reach an amicable solution. The good intentions behind Dodd-Frank’s attempt to usher in a new era of accountability and enforcement came with a price. The new regulatory environment has left some consumers unable to find credit. Community banks have also struggled under the weight of regulations tailored to larger financial institutions. With this bipartisan agreement, Congress could provide consumers relief from the harmful unintended consequences of Dodd-Frank.