Google Enters Hardware Business With Its Largest Product Launch Ever 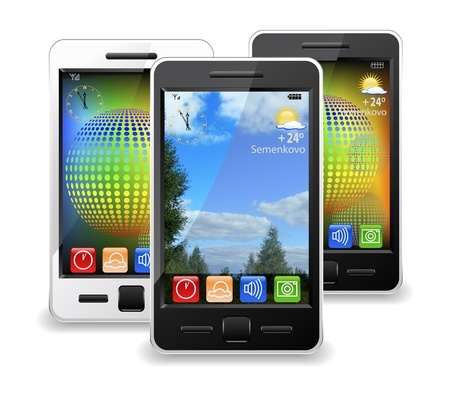 Google announced its biggest product launch ever at its “Made by Google” event on October 4. The tech giant is making a strong push into the hardware sector, launching its first smartphone, a virtual reality headset, a smart speaker, a Wi-Fi router, and a new version of the Chromecast device. The company is beginning to create a cohesive ecosystem of products that puts it in more direct competition with Apple, and Google’s own manufacturing partners like Samsung and LG.

Google announced its first smartphone, Pixel, that is composed entirely of Google software and hardware. It comes in two sizes: the standard Pixel’s screen size is 5 inches, and the Pixel XL has a screen size of 5.5 inches. The phone has an aluminum and glass body available in black, silver, or blue. Pixel runs the latest version of Android, Nougat 7.1, and includes a Qualcomm Snapdragon 821 processor and 4GB of RAM. Though Google did not release the total battery life, it did reveal Pixel’s fast charge technology that they claim gives up to seven hours of charge in 15 minutes. The phone also includes a fingerprint scanner on the back that doubles as trackpad. Additionally, Google provides free unlimited photo and video storage at original quality via cloud for Pixel users and 24 hour chat and phone support service with the option for screen-sharing with a service representative.

Pixel boasts the highest rated smartphone camera ever, with a score of 89 from DxOMark Mobile. The 12.3 megapixel camera provides for a high level of detail and has a fast shutter speed with its f/2.0 lens. In addition to quality specs, Pixel’s camera utilizes superior software. By default, the camera utilizes an enhanced version of HDR+ multi-image capability in low light or uneven light situations that takes and then combines several raw images instantly, in order to return one image with lower noise and better dynamic range. When shooting video, the phone uses a stabilization system through a gyroscope to eliminate the effects of shaking and results in smooth 4k video.

Perhaps Pixel’s most notable software development is Google Assistant, the next generation of Google Now. Through deep machine learning powered by Google’s cloud infrastructure and huge stores of data, Google Assistant is now smarter and easier to use. It can understand context of commands by reading the rest of the screen and has a more conversational interface. Google Assistant can even recall personal information, such as lock combinations, from past conversations.

Notably missing from Pixel is the waterproof technology that the newest iPhone and Samsung devices possess. However, Pixel does still have a headphone jack. In an effort to smooth the transition when switching phones, Pixel comes with a quick switch adapter that quickly transfers data from phone to phone. Simply connect the adapter to Pixel and the old phone, sign in with a Google account, and choose which data to transfer. This includes contacts, calendar events, music, photos, videos, and even iMessages, and works for iOS 8 and up and 5.0 Lollipop and up.

The smartphone starts at $649 for a 32GB Pixel and goes up to $869 for the larger 128GB Pixel XL, putting it at the premium-end of the smartphone market. Pre-orders began October 4 and shipping begins on the October 20. Verizon is currently its exclusive provider but it will be available unlocked online direct from Google.

Google also announced a virtual reality headset, called Daydream View. The fabric headset will cost $79. It can currently only be used with Pixel phones, but will be able to work with other phones after they develop support for the Daydream platform. The headset automatically aligns the VR images, meaning that a variety of phone sizes and orientations can work. Also, it includes a clickable trackpad, two menu buttons, and volume control, which Daydream project manager Andrew Narkter calls “the mouse of VR.” Daydream View is expected to have 50 apps, including HBO, Netflix, and The New York Times app, by the end of the year with more to come.

The search giant also announced the “Google Home,” intended to compete with Amazon’s Echo. This smart speaker runs through Google Assistant and will cost $129, compared to $179 for the Echo. Google also announced the next generation Chromecast Ultra, which will support 4K video and HDR. Its processor is 1.8 times faster than the previous generation, and it also includes an Ethernet port. It works with Google Home and will go on sale for $69.

Finally, the company introduced a new Wi-Fi connection system called Google Wi-fi. The system will be managed through a smartphone app allowing for an easy setup process and for greater control of who can access the internet and when. Google Wi-Fi can be purchased in two ways: $129 for one router or $229 for three. Multiple routers can be used together in one home to create a mesh network. These routers communicate with each other and use machine learning so that the closer router offers itself as a better access point. The mesh network targets a 150 millisecond transition time between routers so that switch is seamless.

“Made by Google” marks a significant transition for the company. Google is attempting to create a family of hardware products to compliment its artificial intelligence and machine learning technology.