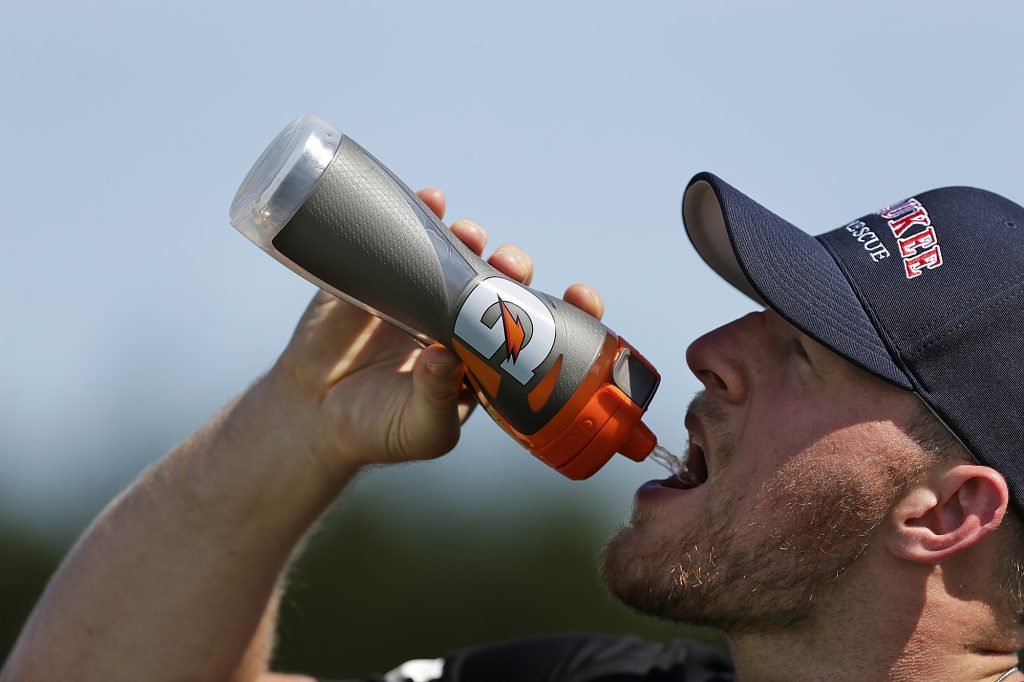 Gatorade has dominated the sports drink market and is now looking to take advantage of consumer trends in health information and personalization.

The company released several studies from its Gatorade Sports Science Institute measuring everything from ideal sleep behaviors to body-sweat sodium concentration. It appears to be an effort to develop new technology to improve people’s health and nutrition based on their health metrics.

Gatorade tested athletes sweat to measure how many electrolytes they lose when they sweat, which they can then use to develop drink formula mixtures to optimize individual hydration needs.

One product Gatorade uses to do this is a smart squeeze bottle that tracks a user’s rate of consumption, weight, and how well they are retaining fluids.

Although the sports drink manufacturer has tested these products for several years, 2021 could be the year the mass market sees the Gatorade Gx Sweat Patch. The patch is a wearable device that pairs with a smartphone app to provide hydration and nutrition recommendations based on sweat and sodium levels gathered while a wearer works out.

Consumers of sports drinks like Gatorade, Powerade, and BodyArmor have shifted away from sugary beverages to zero sugar alternatives, which has helped keep the industry afloat. Gatorade was reluctant to develop a sugar-free drink but did so in 2018 with significant success.

“It is capturing consumers that I think were very heavy users of Gatorade and have abandoned the brand because of the calories,” PepsiCo CEO Ramon Luis Laguarta said during an October 2019 earnings call. “It’s putting [Gatorade] back as a relevant brand to many more consumers as they exercise or do other activities.”

Since these companies released zero sugar drinks, Gatorade now appears to be pushing the envelope of how personal sports drinks can get, which could be a big win for consumers.

With its reported Gatorade Gx Sweat Patch, the iconic sports drink brand could be entering the competitive health wearables market. Apple Watch and Fitbit initially dominated, but Amazon recently entered the field, and Gatorade is in the on-deck circle.

“[C]learly, they want to refocus behind this brand,” explained Laurent Grandet, a Guggenheim Securities food and beverage analyst about PepsiCo’s developments with Gatorade. “That’s something that not only would refresh a brand, but I think Gatorade could ask a premium for.”