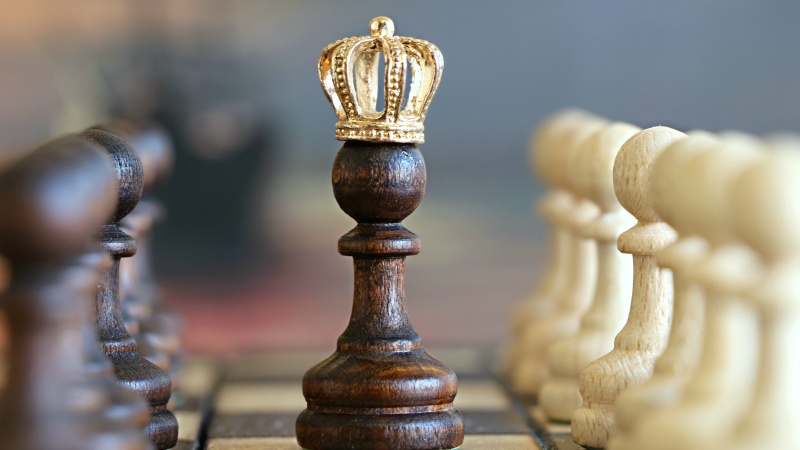 So says Oreo, which tweeted a video clip last Saturday that shows the letters O-R-E-O slowly spread apart as other letters fade in to form “#ForTheThrone.”

The tweet hinted at what Nabisco, which owns Oreo, has since confirmed: By the time the eighth and final season of HBO’s hit fantasy series Game of Thrones premieres on April 8, hungry fans will be chomping down on GoT-themed Oreos.

According to People, the Game of Thrones cookies will be classic Oreos (vanilla cream stuffed — or double stuf’d — between chocolate wafers) featuring designs based on the show.

Oreo hasn’t confirmed this information, but we may see cookies bearing the sigils of houses Targaryen, Lannister, and Stark, as well as something related to the White Walkers.

Oreo is not the only brand riding the wave of GoT enthusiasm. Brewery Ommegang sells a “King in the North” imperial stout with a high enough ABV (12 percent) to get Tormund Giantsbane good and tipsy.

The invasion of ice zombies expected in the upcoming season, however, might require something even stronger. Obligingly, Johnnie Walker has released a limited edition scotch blend called “White Walker,” which the company says “reminds Johnnie Walker and Game of Thrones fans alike that ‘Winter is Here.’”

Adidas is also getting in on the GoT action, designing a line of six sneakers themed after different houses or factions from the show. Such shoes might prove helpful for, say, outrunning a Dothraki hoard.

Oreo, King of the Cookies, First of Its Name

Instagram accounts @TheJunkFoodAisle and @CandyHunting have leaked pictures of the GoT Oreo’s packaging, which features the cookie sitting atop the Iron Throne.

The image looks an awful lot like a series of posters GoT recently released promoting the show’s final season. On them, one of 20 characters sits victoriously on the throne — from favorites Daenerys Targaryen, Jon Snow, and the Night King to less likely champions like The Hound, Euron Greyjoy, and Brienne of Tarth.

Even Samwell Tarley got his own poster when, let’s be real, he has about as much a chance to become King of the Seven Kingdoms as the Oreo cookie does.