FTC Cracking Down on “IV Bars” 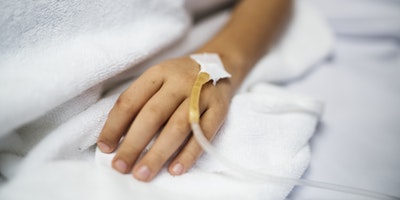 Federal regulators are cracking down on commercial IV therapy.

Intravenous (IV) therapy, the administration of liquid substances directly into a patient’s bloodstream, has been taken out of strictly medical settings and marketed across the country through so-called “IV bars” and “IV cocktail” products. Generally marketed as a cure for hangovers, commercial IV treatments have also been touted as treatments for cancer, multiple sclerosis, and congestive heart failure.

“This enforcement action should send a clear message to the burgeoning IV therapy industry and sellers of all healthcare products,” said Joe Simons, chairman of the FTC. “Health claims must be supported by competent and reliable scientific evidence.”

A & O Enterprises Inc., the target of the FTC’s charges, operates IV clinics in Texas and Colorado. The FTC claims the clinics market their IV treatments as alternatives to traditional medical therapy, promising health benefits unsupported by scientific evidence.

Other diseases the IV clinics claim to treat include diabetes, fibromyalgia, and neurodegenerative disorders. According to the FTC, IV treatments usually cost between $100 and $250.

“The whole thing is really nonsense,” Dr. Standley Goldfarb of the University of Pennsylvania told CBS. IV treatments are “just catering to people’s sense that they’re taking their health into their own hands.”

NBC reporter Vivian Manning-Schaffel relates her experience with commercial IV treatment in New York City in an article on NBC Better.  After receiving an injection of vitamins, she claims to “kind of…feel like a whole new human.”

However, Dr. David L. Katz of Yale University, whom Manning–Schaffel interviewed for her story, said he is “dubious about indiscriminate use of IV nutrient infusions.”

“While I think it makes sense to study [IV treatments] for specific applications, there is really no evidence to date indicating any meaningful benefit from routine use,” said Dr. Katz. “My main concern is that it is more reliable as a revenue source for providers than as a genuine therapy for patients.”