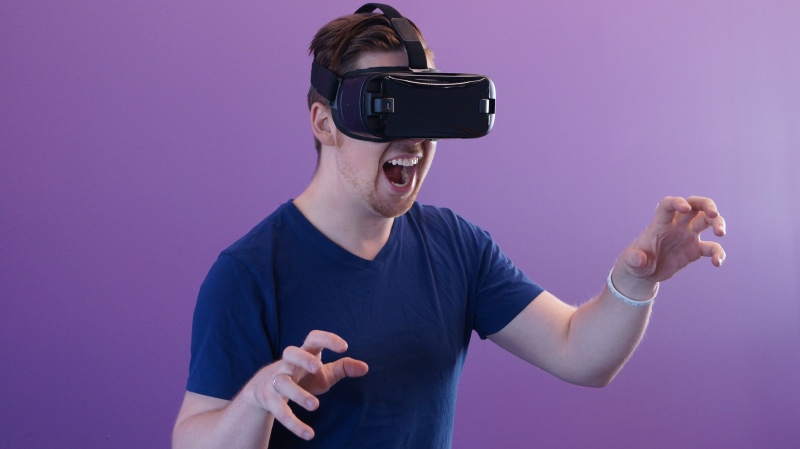 Tech research institute Leti is developing an immersive technology experience hopefully less prone to generating “fails” and “freak outs.” Instead of virtual reality, the French firm is pursuing an augmented reality technology that projects images directly onto a person’s retina.

Augmented reality devices modify the VR experience, sacrificing the full-immersion for at least some vision of the surrounding world (as the Pokemon Go craze proved, though, AR doesn’t exactly have a perfect record in regard to safety).

Though still in the concept stage, Leti’s technology will do away with screens altogether, going a step beyond other AR devices like Google Glass, which display images on the lenses of a normal(ish)-looking pair of glasses.

Instead, it would use a transparent projection device that sends light waves right into the eye, forming images on the retina. Likely, this tech would still come in the form of glasses but would allow for a wider field of vision and more ambient light.

Blinded by the light?

According to Leti, its retinal projection device still has a way to go before “it reaches the commercialization stage.”

While very futuristic and cool, this tech does beg the question as to whether blasting concentrated light into one’s retina is healthy. A recent study suggests overexposure to blue light through even regular smartphones, tablets, and computers might increase the chance of going blind. As the French say: Quelle horreur!

Undoubtedly, Leti will be taking such considerations into account as it works to make the technology marketable. As VR headsets have proven, however, health hazards don’t necessarily hinder a technology’s popularity.