For the Sake of Consumers, the FDA Must Reconsider Its Policies 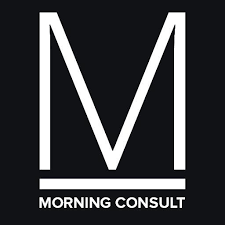 This article was originally published on May 27, 2016 in Morning Consult.

Wielding the greatest regulatory influence over the health of American citizens, the Food and Drug Administration may have the most significant responsibility of all federal agencies. While tasked to protect consumer health and safety, the agency must also empower consumers to make informed decisions about their well-being. Unfortunately, the FDA has not done a great job of balancing these obligations.

For instance, an FDA panel recently voted to decline recommending the sale of eteplirsen, a drug that helps children suffering from a rare form of muscular dystrophy called Duchenne MD. Duchenne MD typically immobilizes patients (most of whom are boys) by the time they are teenagers. However, eteplisrsen, manufactured by Sarepta Therapeutics, partially restores the production of an essential protein these patients lack. According to the manufacturer, experts supporting the treatment, and the families of clinical trial patients, eteplirsren has helped patients stave off physical deterioration.

During last month’s hearing, the FDA panel heard directly from a number of boys who have taken the drug and are in dramatically better physical condition than typical Duchenne sufferers. The panel also heard from experts who pointed out that the drug has no side effects. Yet the panel ruled that the drug was not proven effective and is unlikely to provide benefits. The agency had originally set a deadline of May 26 to follow or reject the panel’s advice; on May 25 it postponed that deadline, and has not announced a new one.

The FDA panel’s rejection seems especially puzzling in light of the agency’s recent approval of Addyi, a pill to treat low sexual drive in premenopausal women. Trials indicated that women receiving the recommended dose of “the female Viagra” experienced increased incidences of dizziness, drowsiness, nausea, central nervous system depression (such as fatigue, somnolence, and sedation hypotension), sudden fainting, and even appendicitis—all with minimal, if not negligible effectiveness.

Something is very wrong when the FDA approves a drug that compromises the health and safety of consumers and rejects another drug that shows no dangerous side effects—particularly, one which treats a medical condition that profoundly affects quality of life.

The FDA’s recent drug-approval determinations aren’t its only worrisome decisions. Its actions regarding how companies can market their products, including the lengths the Department of Justice will go to prosecute onerous FDA directives, are also cause for alarm.

The highest-profile example of this perfect storm of over-regulation and over-prosecution is the case against Vascular Solutions. The DOJ brought criminal charges against the company and its CEO, Howard Root, for marketing a product for uses not approved by the FDA (or “off-label” promotions). The agency’s position, which it is trying to enforce through extremely aggressive DOJ tactics, is that medical firms cannot say their products are good for anything but what the FDA says they’re good for. However, as the judge in the Vascular case explained to the jury, a company is legally permitted to provide information about an unapproved use of a medical device, provided the information not misleading. In February, Root was acquitted of all charges.

By engaging in such scorched earth tactics, the FDA-DOJ tag-team isn’t merely attempting (and fortunately, failing) to restrict consumer choice of a single product. It is threatening the very system of innovation, development, and entrepreneurship that has made the American pioneer drug industry a global envy. The hidden harm to consumers is predictable, if not immediately measureable: less innovation, fewer new drugs and medical devices, less consumer knowledge, less consumer choice.

Driving some of this prosecutorial zeal is the prospect of big dollar judgments (or settlements) and the headlines that follow for the successful prosecutor. This significantly distorts the process, and biases the prosecutor to go after deep pockets rather than the worst offenders. Prosecutors win, consumers lose – again.

The FDA’s excessive, obsessive crackdown of off-label marketing, like its panel rejection of the muscular dystrophy drug, puts unnecessary restrictions on the options consumers have in the name of protecting them. Coupled with the outrageous prosecutorial overreach of the DOJ, consumers are directly and indirectly harmed – and the FDA itself loses the very institutional credibility with the public it needs to properly fulfill its vital mission.