FOMO is Driving Millennials Into Debt 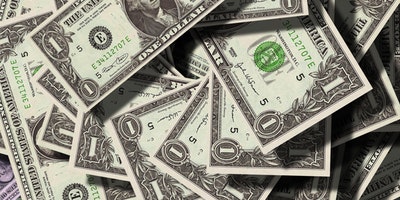 The Fear Of Missing Out (FOMO) may be to blame for Millennial debt. A survey from Credit Karma reveals that peer pressure may be the primary reason for debt among Millennials. The personal finance company surveyed 1,045 consumers and found that almost 40 percent of Millennials are spending and going “into debt to keep up with their peers.” Credit Karma reports that average Millennial who uses their site has nearly $50,000 in debt. Most of these expenses came from “experiences” rather than items. Tim Devaney at Credit Karma wrote, “Our study found that millennials often felt pressured to spend money they don’t have on travel, music festivals, weddings, sporting events or social activities such as dinner and drinks with friends.”

Credit Karma found that 39 percent of respondents spent money they didn’t have to “keep up with friends.” Not only are Millennials going into debt, but they are often afraid to admit it. The study found that 73 percent of those who went into debt to keep up with their friends typically keep it a secret. Respondents reported fears of being excluded from future activities, feeling like an outsider, losing friends, and being judged as reasons for overspending.

Amongst young people, credit card debt is the most prevalent type of debt next to student loans. According to a March 2018 survey by Credible, the average credit card balance of 500 respondents surveyed was $5,290. Credible reported that one in five millennials (20 percent) said they relied on their credit cards to supplement their monthly income.

An NBC survey found that a majority of Millennials have delayed major milestones because of what they owe. Debt can stifle retirement planning or delay purchasing a home. Despite high figures for debt among Millennials, Credible reports that a majority of Millennials surveyed remain optimistic about getting rid of their debt, as 80 percent of respondents said they were confident that their debts could be erased within a year.

For Millennials who may hold large amounts of debt, Credit Karma suggests free or low-cost alternatives to costly activities: such as holding a potluck dinner instead of going out to eat, or inviting friends over to watch Netflix instead of spending money at the movies. Credit Karma also recommended limiting credit card use and being honest with friends about financial limits. Personal finance apps can also help develop and stick to a budget.

Earlier this year, Credit Karma started an initiative called the “30-Day Debt Loss Challenge.” Things consumers can do as part of the “challenge,” ranged from canceling unused subscriptions to committing to cooking instead of eating out for 30 days in a row.