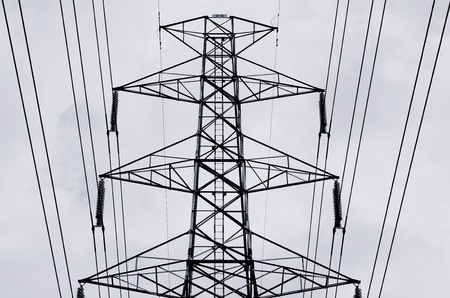 COVID-19 related unemployment is having ripple effects in the economy. Kevin Hassett, a senior economic advisor to President Trump, told CNN that the jobless rate in the United States could reach between 16 percent and 20 percent by June, the highest rate since the 1930s. The loss of regular income by recently unemployed consumers has them worried about their ability to pay for basic needs such as food, utilities, rent, and mortgages; all essentials during mandatory nationwide stay-at-home orders. In response to the economic downturn, federal, state, and local governments are working with utility companies to employ creative tools help ease some consumer costs.

In Florida, customer savings plans from four energy companies received approval from the state Public Service Commission. Three of the four, Florida Power & Light, Duke Energy Florida, and Gulf Power, will give customers one-time savings for the month of May. Tampa Electric Company will spread savings over a longer, unspecified period of time for its customers. “This is truly a no-brainer for me, quite frankly, and I appreciate [the utilities] taking an early initiative to help their customers in such a time of need,” Commissioner Julie Brown said.

In Indiana, the City of Columbus has taken a different approach. The city announced a $200,000 set aside to provide emergency financial assistance to residents. Most of the money was received as a grant through the Community Development Block Grant program from the U.S. Department of Housing and Urban Development, with the rest reallocated by the city. “We have been concerned about all the people who have been furloughed,” said Robin Hilber, assistant director of the city’s community development office. “Although [Indiana Gov. Eric Holcomb] says families cannot be evicted at this time, unfortunately those payments are still going to come due.”

The Governors Inslee of Washington and Murphy of New Jersey both signed executive orders banning certain utilities from shutting off service to homes during the crisis. The Seattle Times reports that Inslee “wanted to protect water access but was concerned about revenue for smaller utility companies.” A group of more than 20 organizations sent a letter to Inslee asking him to suspend all water service disconnections and restore all previously disconnected homes.

Governor Murphy signed an executive order banning cable and telecommunications providers from terminating internet and voice service. While gas, electric, and water utility companies within the state have all voluntarily agreed to suspend shut-offs.

Alabama based WHNT News 19 contacted “16 different utility companies and boards,” in several Alabama counties. Of the 16 companies, three were reportedly doing shut-offs for non-payments but specified that none of the disconnected customers so far were due to the coronavirus. Each of the utility providers called customers in advance of shutting off their utilities to ensure payment or help customers who were having trouble paying their bills through payment plans.

Much of the efforts of state and local governments coincide with the Federal Communications Commission (FCC) “Keep Americans Connected” initiative. So far, more than 700 companies have signed onto the initiative, pledging for the next 60 days to:

So far, the initiative, like other government efforts to respond to the pandemic, appears to have come with mixed results. Service providers say that customers can call if they are in need of assistance. “We have put in place a number of measures to help the existing Sprint and T-Mobile customers impacted by these difficult times. If any of our customers experience financial hardship as a result of the current COVID-19 pandemic and are concerned about paying their bill, we want to work with them and we encourage them to contact our Care teams before the account is past due to explore options and ensure their service is not interrupted,” T-Mobile said.

However, some consumers claim their service from companies like Verizon and Sprint have been shut off after being assured that they would continue to have phone service regardless of payment. Providers are asking that consumers facing difficulty paying utility bills should contact their utility providers early to see what options are available.

In response to the lost revenues, telecoms have taken their message to Capitol Hill in hopes for relief in the fourth stimulus package. Sen. Klobuchar, D-Minn., has introduced a bill to give $2 billion to broadband companies with fewer than 250,000 customers, who could be struggling the most.