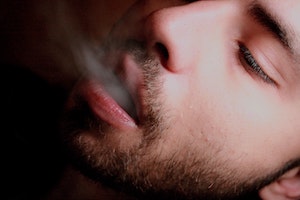 The Food and Drug Administration (FDA) is considering banning the online sale of e-cigarettes.

FDA Commissioner Scott Gottlieb mentioned the potential ban during a panel discussion on e-cigarettes arranged by Axios on Tuesday, Sept. 25 — just as the FDA begins a campaign to end the use of e-cigarettes by teenagers.

Gottlieb suggested that under a statute called 906D4 the FDA could “promulgate regulations” that might shut down the sale of e-cigarettes online. On the appeal side, he mentioned the possibility of restricting flavors in e-cigarettes.

Gottlieb’s comments at the Axios panel reflect past remarks he has made about online e-cigarette sales.

In a statement earlier this month, Gottlieb speculated that online sales are contributing to a rise in teenagers’ use of “alternative smoking products.” He said the FDA would investigate online “straw purchases,” in which adults purchase e-cigarettes for the purpose of selling them to minors.

“If young adults go online and buy 100 units of a product to sell to teens, that activity ought to be easy for a product manufacturer to identify,” Gottlieb said, “and FDA will consider what steps we can take in these circumstances.”

The FDA began its recent campaign against e-cigarettes by sending letters to leading e-cigarette manufacturers, demanding they produce plans for preventing minors from using nicotine products.

The FDA said it will reveal in November new e-cigarette usage statistics, as well as its next steps to curb the hike in teen e-smoking. In the meantime, the agency will roll out a new prevention campaign designed to educate teenagers on health risks associated with using e-cigarettes.

“We’re in possession of data that shows a disturbingly sharp rise in the number of teens using e-cigarettes in just the last year,” Gottlieb said.

According to the FDA, this most recent teen educational effort is the agency’s fourth “youth tobacco prevention campaign” since 2014. This campaign will focus specifically on e-cigarettes.

“Through these actions — and with more to come in the weeks and months ahead — we’ll drive down the rates of youth use of tobacco products, especially e-cigarettes,” Gottlieb said. “We have to. The numbers of kids now using these products is unacceptable. We can’t allow these trends to continue.”