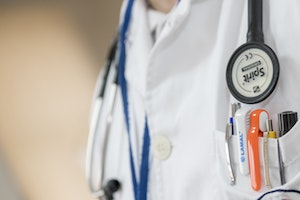 The Food and Drug Administration (FDA) recently approved an opioid tablet that is 1,000 times stronger than morphine and 10 times more powerful than fentanyl.

On Nov. 2, FDA Commissioner Scott Gottlieb said the new painkiller, Dsuvia, would be strictly regulated and reserved exclusively for use in hospitals, emergency rooms, surgical centers, and battlefield settings—not for in-home care.

Dsuvia — a tablet version of the synthetic opioid sufentanil — will be administered by way of a single-dose, pre-packaged applicator. The FDA said the drug can be taken for only 72 hours and may be prescribed only to patients who either cannot tolerate other painkillers or have found them to be insufficient. The FDA has said Dsuvia could be useful to wounded military personnel on the battlefield where an IV drip may not be available for administering pain medication.

Only a year since the government declared a national opioid crisis, the new drug has been met with public resistance and skepticism. According to the National Institute on Drug Abuse, over 115 people die daily as a result of opioid overdose.

“It is certain that Dsuvia will worsen the opioid epidemic and kill people needlessly,” she said. “It will be taken by medical personnel and others for whom it has not been prescribed. And many of those will overdose and die.”

Gottlieb addressed opioid concerns in his statement, weighing public fears against the potential benefits of the new drug.

“We owe an answer to patients with medical pain, and the innovators who take risks to develop products to help address their needs,” Gottlieb said. “We owe it to Americans who want the FDA to do our part to help end one of the biggest addiction crises of modern times, while we carefully balance these grave risks against patient needs.”