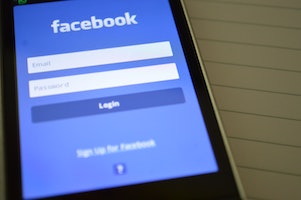 The feature, named simply “Dating,” went online for users in Colombia on Sept. 20 for testing. Soon, however, the social network’s users worldwide (aged 18 and older) will be able to create a Facebook dating profile.

When he first introduced the dating feature in May, Facebook CEO Mark Zuckerberg said Dating is for “real long-term relationships — not just hookups.”

Dating profiles will exist separately from regular Facebook profiles. Within a user’s account, Facebook will transfer first names and ages automatically into a dating profile. Otherwise, users will have to manually enter the rest of their personal information, including gender, education, religion, and more.

Facebook will match Dating users with an algorithm that considers distance, common interests, and mutual friends. Facebook daters will not be matched with any user they are already “friends” with on the site or with any users they have blocked.

Similar to Hinge, another dating app, in order to initially communicate with matches, users must either ask a preset question or comment on pictures. Unlike Bumble or Tinder, users won’t “swipe” on Dating. Instead, they will click “not interested” to decline a match.

Dating also has a feature, similar to Tindr’s Places, in which users can get matched with other users through their mutual connection to group or event pages. Chris Cox, Facebook’s chief product officer, said the ability to use Dating on events pages “mirrors the way people actually date, which is usually at events and institutions they’re connected to.”

Page administrators, whether they like it or not, will not have the option to turn off the Dating feature for their groups or events — including school or church groups and events

When Dating was announced, the stock of Match Group, which owns Tinder and OkCupid, dropped by more than 21 percent, according to Bloomberg. Match CEO Mandy Ginsberg then took a swipe at Facebook, alleging misuse of user data.

“We’re surprised at the timing [of the Dating announcement] given the amount of personal and sensitive data that comes with this territory,” Ginsberg said.

Zuckerberg, for his part, stressed Facebook’s commitment to user privacy when he first announced the new dating feature in the spring.

However it handles Dating’s data, Facebook may be hoping the new feature interests younger people, who have long been drifting away from the social network.