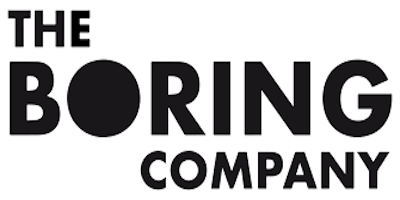 Chicago Mayor Rahm Emanuel on June 13 announced his selection of Tesla CEO Elon Musk’s The Boring Company to complete an underground electric transit system between O’Hare airport and Chicago’s downtown (at Block 37). Once completed the trip will take approximately 12 minutes each way, compared to a typical 40 minute trip each way using the current Blue Line train route. The autonomous transit vehicles will be based on a modified Tesla Model X chassis and will run at speeds exceeding 100 mph through twin underground tunnels.

“Each vehicle will carry up to 16 passengers, plus their luggage […]The company plans to utilize the unfinished underground transit station at Block 37 and create a new station at O’Hare. The planned route travels straight northwest from downtown following public way alignments. The specific alignment will be finalized during contract negotiation.”

According to the Chicago Tribune, vehicles will have eight wheels total arranged vertically and horizontally. The “eight ‘guiding wheels’ will run along a nearly 18-mile track. The four vertical wheels would be similar to traditional tires on a car running along a concrete shelf on the ground. Four additional wheels on the sides of the vehicle would likely be made of steel with a polyurethane coating and would help move the vehicle by running along concrete curbs along the tunnel’s walls.” The tunnels will be 14 feet in diameter (about half the size of typical tunnels) and therefore can be dug faster and cheaper.

Musk will pay all costs, including the construction of a new station at O’Hare, as well as completing the existing superstation at Block 37. As his company is not using taxpayer subsidies, Musk will then pocket all profits from transit fees, advertisements, and in-car sales (most likely using in-vehicle touchscreens to buy things such as headphones and other small objects). The Chicago Tribune reports that the project should cost less than $1 billion and the goal is for tickets to be between $20 and $25 per ride— “or half the cost of a typical ride-share or cab ride to O’Hare.” It is expected to “be able to handle nearly 2,000 passengers per direction per hour, with cars leaving every 30 seconds to two minutes.”

See the conceptual rendering of the station and click here for the proposed map of the route.

Mayor Rahm Emanuel chose The Boring Company over three other competing bids despite Musk’s technology being largely unproven compared to traditional high-speed rails options. Questions remain surrounding the modified Tesla Model X chassis having yet to be built to scale and whether or not Musk can build tunnels that are at least 14 times faster than his previous efforts. Mayor Emanuel and Boring officials have said it’s too early to present an estimated timeline for construction and completion.

Mayor Emanuel is confident that Musk’s proposal is the vision necessary for future greatness and innovation:

“We’re taking a bet on a guy who doesn’t like to fail — and his resources. There are a bunch of Teslas on the road. He put SpaceX together. He’s proven something. […] The risk — with no financial risk — is I’m betting on a guy who has proven in space, auto and now a tunnel, that he can innovate and create something of the future. Given his track record, we are taking his reputation and saying, ‘This is a guy in two other transportation modes who has not failed.’ That’s what we’re doing.”